Marketing: Why Do Twitter Followers Disappear? We Uncover It

Why are your Twitter followers disappearing? It's not you. It's them. We uncover why it happens.

Are your Twitter followers disappearing? It can be disheartening to see your hard-won mountain of followers slowly decline.

Insecurity creeps into your mind as you start to wonder what you’ve done wrong. Was it something I said? Have I not been engaging enough?

Although sometimes your poor grammar or over-hashtagging will frustrate followers to the point of making a split, often the real reason isn’t so heartbreaking.

It’s rarely motivated or personal, it’s a set of strange happenstances. Stop beating yourself up, and check out our five probable reasons why your followers are falling that have nothing to do with your content.

Every move people make is made in the hope that they’ll see a response from others. People cry for attention and do anything they can to tick up their follower count.

They followed you hoping you’d be kind enough to return the favour. You didn’t. You’re a terrible person, and probably got what was coming to you.

They’re a robot in disguise.

There’s something suspicious about these numbers, despite being unremarkable. New Twitter spam bots spend a month or cultivating a human image before Tweeting links to viagra pills.

In an attempt to appear human they follow a handful of users a day, and unfollow a smaller handful every week. Don’t take it personally – you’re a victim of a follower-culling algorithm.

They’re a robot, not in disguise

Some accounts don’t make any attempts to hide their lack of soul.

If you mention something hip hop, broken phones or the dearth of cheap viagra in your hometown, you’ll get a follow, favorite and reply from an automated account. 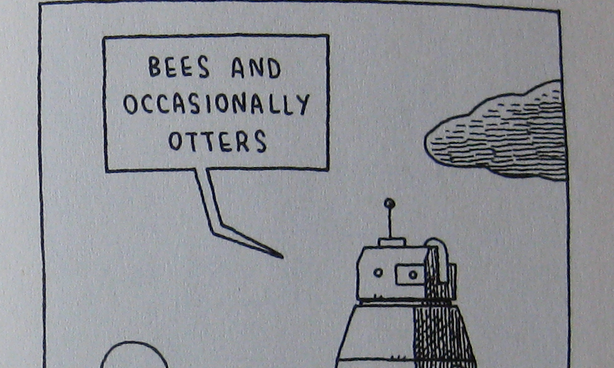 These accounts end up following thousands of people, then gradually leak their followers away so they can keep up the pace.

@twitter Seriously thinking about closing my account due to @gehrig38 situation. Time for you to look at your policies.

The nuclear option of deleting an account is unfortunately becoming more popular as Tweeters want to escape hate mobs that live on the platform.

Often it’s the other way round. When someone has Tweeted something to harm their reputation, deleting the Tweet sometimes isn’t enough to heal it.

People looking to destroy all evidence may lead to you follower count dropping off.

Speaking of hatemobs, Twitter has said it wants to get better at dealing with them.

At the moment, the service can’t keep up with all the abusive accounts to ban them all, but it does ban some.

If your Twitter followers are falling, it could be a sign that you’ve got the wrong kind of followers: ones that are being naughty enough to get themselves banned.

As you’ll find, you can’t account for some follower loss. Hopefully, that’ll be counterbalanced with gains due to your witty and insightful Tweets.

Sometimes, you’ll be dealing with a crisis where followers drop in protest. For that, you’ll need our crash course in reputation management.

But remember, it’s not always you. It’s them.