As soon as we’ve finished with London Fashion Week , a whole different set of haute couture and ready-to-wear threads strut along a catwalk in a different city.

Paris Fashion Week attracted thousands of attendees, and is yet another spectacle-filled week of fashion excesses.

Seeing fewer catwalks sponsored by named brands than in London, #PFW’s narrative on social media was all about which designer was outdoing another – there was minimal brand noise as a whole.

We’ve combed through thousands of tweets to find the social stories at the heart of week.

Fashion comes and goes in waves, which is why we’ve dissected the tweets behind the social trends that rose and all.

Early in the week, celebrity appearances took up a large part of the conversation.

On Thursday, the second day of Paris Fashion week, Kendall Jenner was mentioned over 8,000 times.

Fashion’s hottest face made her appearance in the Balmain show, showing off a rather hole-filled white piece in addition to a brown jumpsuit.

The following day, Dior’s show had become the center of attention – become one of the biggest moments of the week, receiving over 14,000 mentions on Tuesday alone.

Creating a man-made hill covered in 400,000 delphiniums , it was a little hard to ignore.

The sea of blue became a spot for many photo opportunities, but Rihanna was by far the biggest name to pose by the flowers.

Rihanna and her brother Rajad gained over 14,000 mentions over the course of the week.

Interest carried through right until the following Wednesday due to a widely shared interview , where Rihanna pronounces Dior in a slightly strange way. 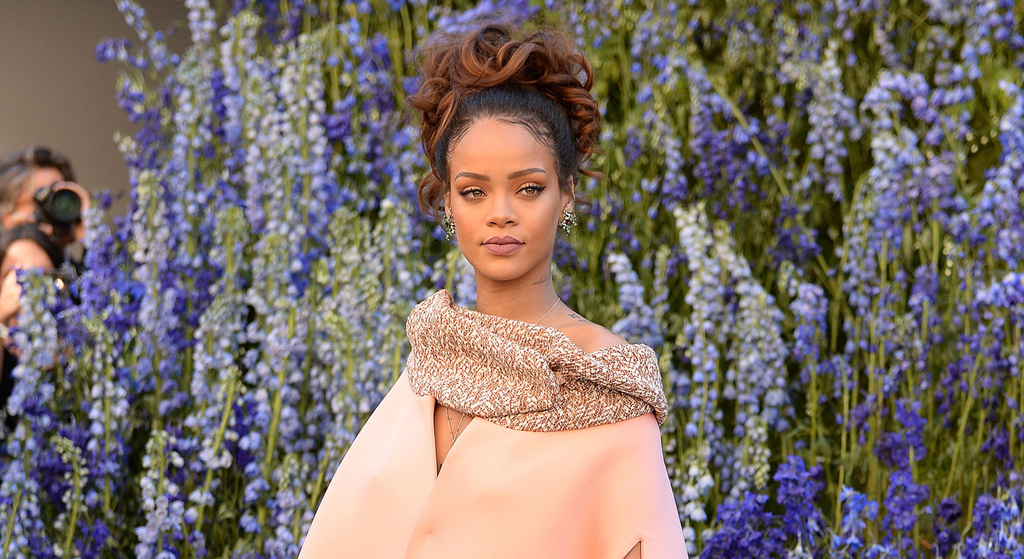 Later in the week, Chanel’s airport-themed show dominated every platform you could cast your eyes on.

A tweet picturing the jaw-dropping finale set in the artificial airport terminal, gained over 11,000 retweets, and this handbag was retweeted almost 8,000 times.

Press outlets maintained a relatively constant share of social presence. While brands and designers vyed to make a big impact when it was their moment, the press had to keep a close eye on everything, tweeting every step and turn.

No publication did this better than Vogue – the monthly fashion bible, turned formidable real-time blogging force.

Vogue France has 937k Instagram followers and 1.95 million Twitter followers. Below tweets from Dior and Chanel themselves, links for Vogue stories were some of the most shared of the week.

Our recent in-depth look at the luxury fashion industry crowned Chanel, Burberry and Tiffany&Co as examples of social media excellence in the industry.

In the seven days of Paris Fashion Week, the outlook is a little different.

Despite placing high in our index, Burberry’s presence at Paris Fashion Week was barely measurable.

As expected, Dior and Chanel were very visible during the show. However, they were beaten by three other brands.

Valentino  placed highly – but it has been tinted by a large of amount of negative conversation. A lot of the press about the show has been negative.

Some journalists and bloggers accused Valentino of cultural appropriation , pointing to a lack of diversity in the Africa-themed show.

Kenzo’s show was the most visible of all, and is still getting recaps and op-ed pieces now.

It’s tough for to rise to the top of the barrage of tweets coming out of an event like this. Tweeting as if you’ve in a vacuum is sure way to fall to bottom – it’s not enough to publish good content.

Those that turned heads in the #ParisFashionWeek stream were reactive, informed and made use of the real-time nature of the platform.

But, success can be fleeting. We’ve ranked every luxury fashion brand , and found there’s only tiny distance between the top few.

What does it take to get that extra push over the top?