The 51st Annual Super Bowl on Social Media in 3 Charts

The Brandwatch React team set aside the pizza and beer to analyze the Super Bowl on social media. From teams to advertisers, who were the real winners?

Super Bowl 51 is over, and the mentions have been counted. While the Patriots got the trophy, we have discovered the real winners of the Super Bowl.

While the world drank beer and shouted at their TVs, we were busy tracking the Super Bowl conversation surrounding the players, teams and advertisers.

The Brandwatch React team didn’t let copious amounts of pizza and candy distract us from the job at hand: live streaming social data on the Super Bowl through Vizia on Facebook Live.

With a few hours to process what happened, here’s the full social data run-down of Super Bowl 51.

After tense latter stages to the game, the highest peak in conversation was in the final moments when the Patriots claimed victory, though Lady Gaga’s halftime show was the second top-mentioned event.

While the Patriots took the win, they weren’t generating nearly as much conversation before and during the game as the Falcons.

Even after that near-25k mention spike as they won, they only had 42% of the team related Super Bowl mentions for the overall game time. 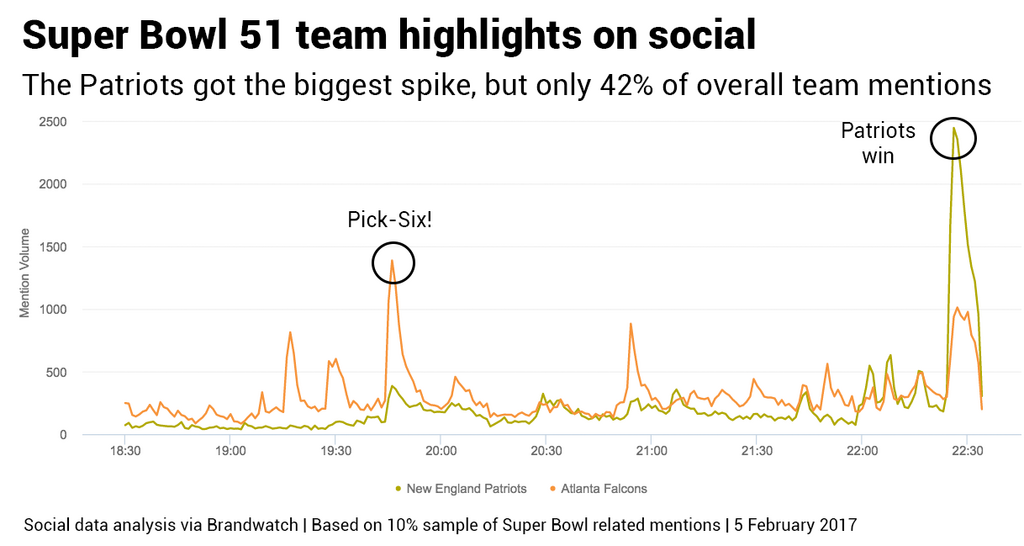 The 40 brands we tracked were mentioned around 630,000 times across social media, but who did the best? 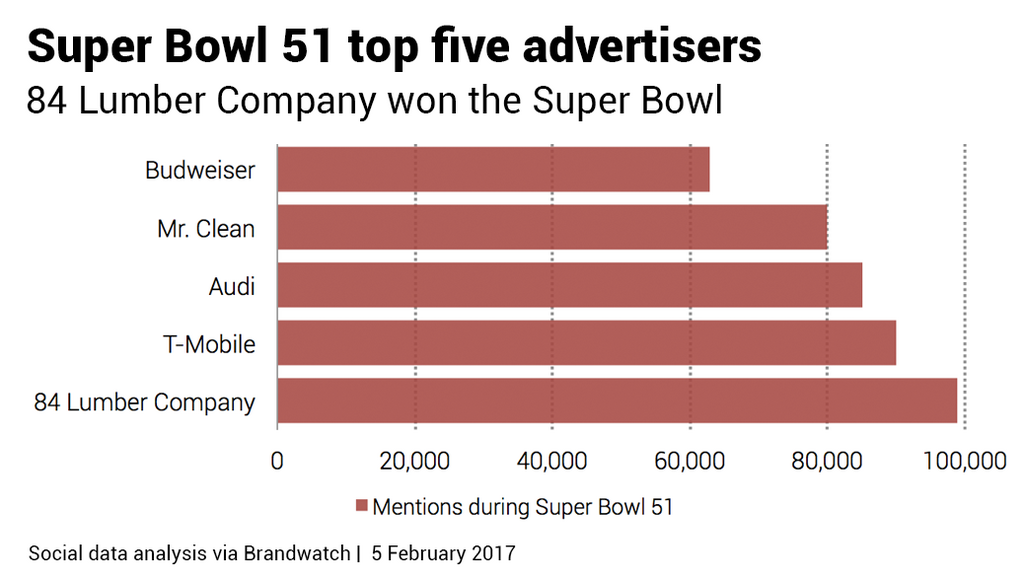 Examining the minute-over-minute mentions of each brand during the game shows that the largest conversation spike belongs to Mr. Clean with over 11,700 mentions in a single minute.

Out of the 40 brands we tracked last night, collective mentions of all the brands were divided evenly 50/50 across gender.