Running During Lockdown: How a Solo Activity is Going Social

Running has become something of a lockdown hit.

Despite restrictions on our movement, many people have been spending their free time pounding the pavements and taking to social media to share their experiences.

Using our Consumer Research platform, we looked at English-language mentions of running or jogging to see what was behind the growing number of social runners.

In March, 34m of us discussed running on social media – that’s more than in January and February combined.

Much of this conversation was driven by running challenges, in which people call on friends and family to join them in doing some exercise from afar.

At the time of writing, the 5k challenge is one of the most popular running challenges on social. The challenge asks social users to complete a 5k run, donate to a chosen charity, and then nominate five others to do the same. It’s been a runaway success – 2m people have mentioned the challenge online!

General mentions of running challenges continued to grow throughout the month of March and into April, soaring past the number of mentions of new year challenges earlier in 2020. 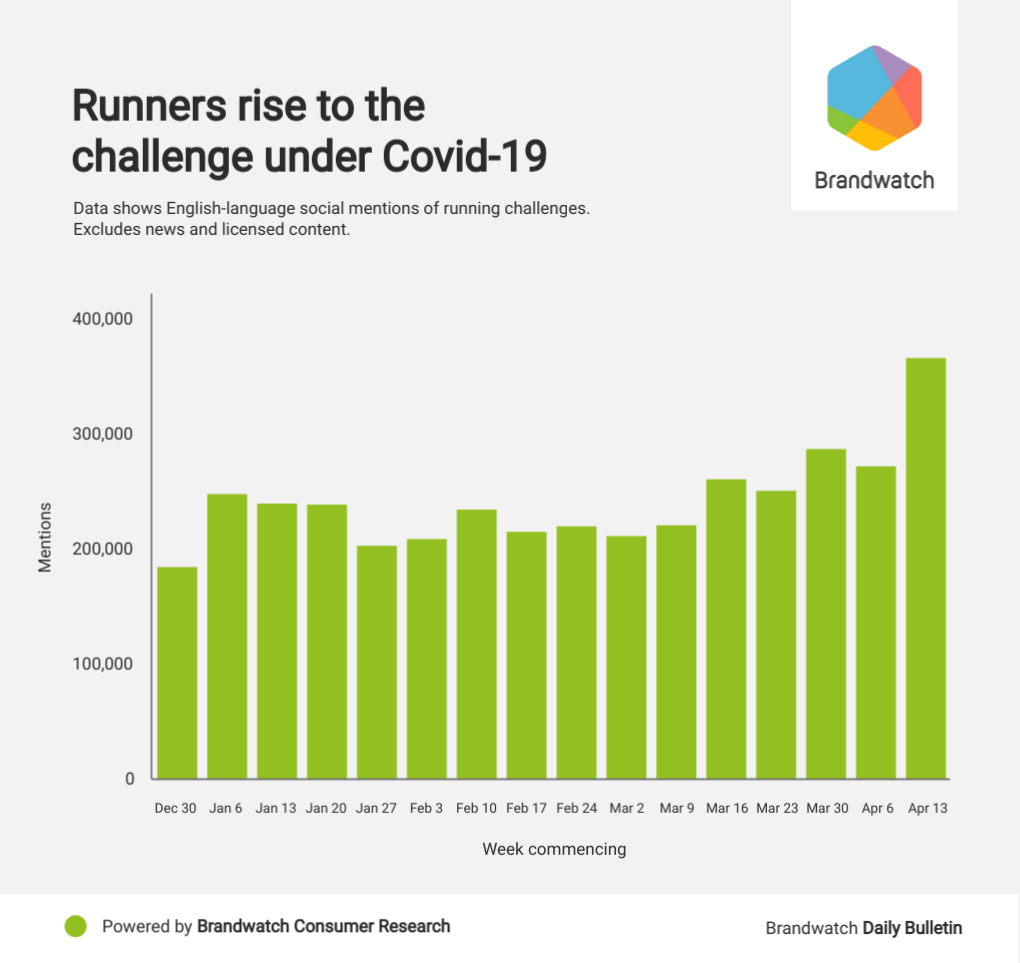 Even those going solo, running without an associated challenge, have found ways to make the activity social.

207k people shared their running stats on social through exercise apps in March – more, again, than in January and February combined.

These sharing tools mean runners can still participate in their communities, despite running alone. People can follow a circuit, challenge each other’s times, and use a solo activity as a way to socialize with other like minded people. 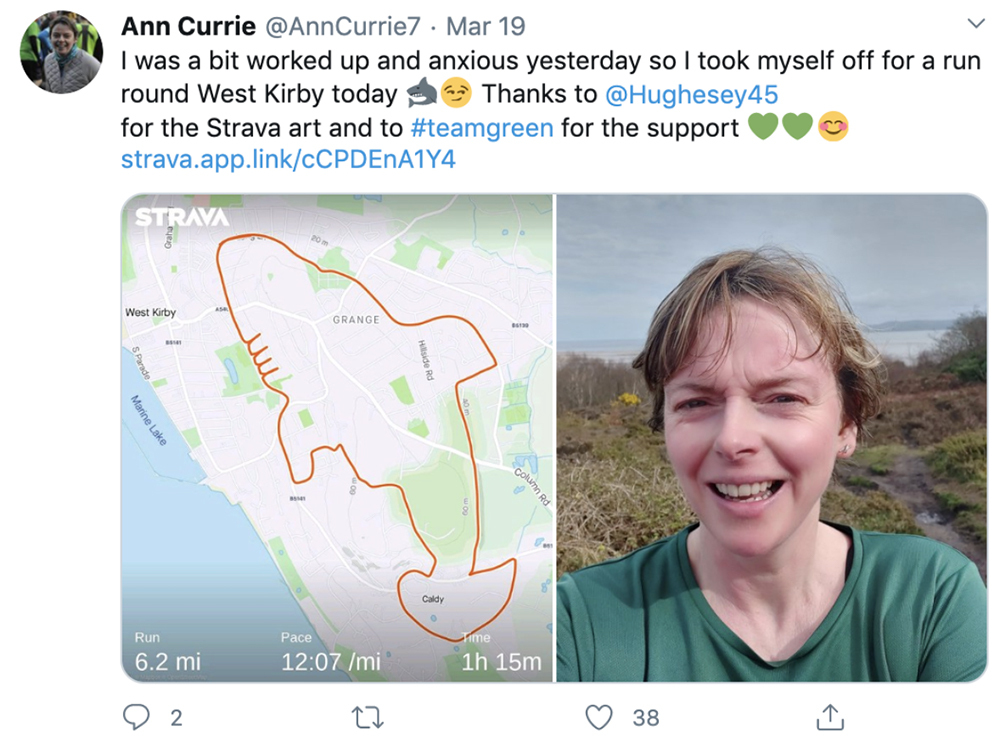 And of course, with more runners out and about there are commercial implications. We found 456k people online talking about new footwear, and 60k on the hunt for quality headphones to use on their runs.

Running has become a real quarantine hero – it’s keeping people healthy physically and mentally, and also creating and strengthening social ties. Through challenges and apps, it’s another way for us to keep in touch with the people we care about, and to add in a bit of friendly rivalry.

Get the latest insights on how consumer opinion and behavior around Covid-19 are changing, straight to your inbox. Sign up to our daily bulletin or weekly report for free.