It’s that time of year again!

The magical month, formerly known as “November,” when men across the globe refrain from shaving that half-inch plot of hair between their nose and upper lip in the name of men’s health.

Love it or hate it, there’s no denying the awareness (and funds) that the Movember Foundation has raised since its inception in 2003.

However, it isn’t just individuals who have been getting involved; companies big and small have hopped on the bandwagon in recent years as a way to give to a worthy cause, improve office morale, and market their brand alongside one of the most popular charities on the planet. 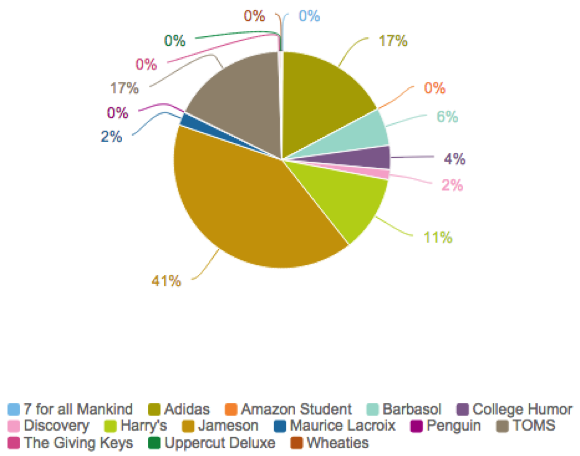 Charting the effect of Movember on brands

I analyzed Movember’s top 14 partners to determine the social effect that working with the foundation has had on their brand this month.

While only about 1% of the total Movember conversation was branded to one of these partners, the impact on the brands was substantial.

For example, Barbasol (2200 Twitter followers) has one of the smallest social footprints in this group.

In October, just under 70% of Tweets to Barbasol were related to Movember. So far this month, that number has jumped up to 90%.

Barbasol is on pace to see more than an 80% increase in Tweets in October and November in comparison to August and September.

Obviously, Movember is a male-dominated charity; 63% of Movember’s engaged Twitter audience is male.

So, it makes sense that male-oriented companies (Barbasol, Harry’s, Jameson, etc.) would want to get involved.

However, there was one partner whose Movember conversation actually skews 58% female – TOMS. This is a great way for both brands to reach new types of people.

Through TOMS, Movember is reaching more unique female authors this month than through 12 of the other 13 partners combined.

TOMS, on the other hand, benefits from a “Movember” audience that is 42% male as compared to their normal audience, which is only 28% male. 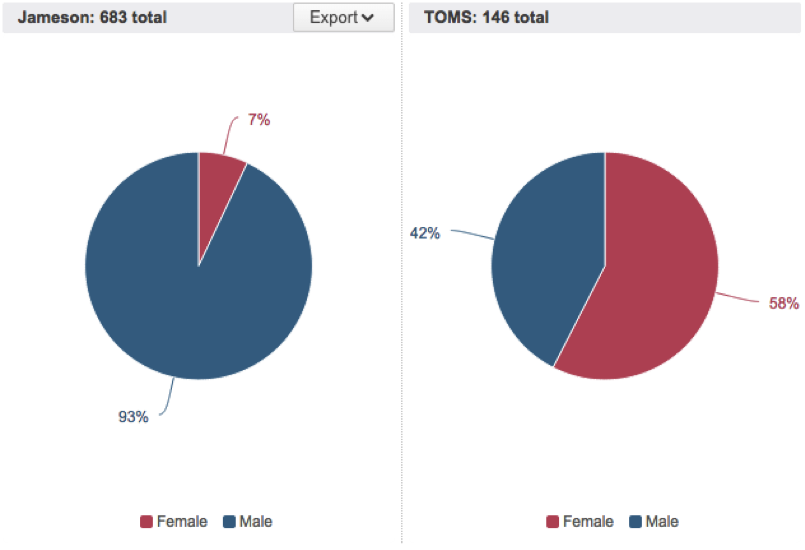 There are a lot of reasons why charitable giving by an organization is a great idea.

On top of helping a worthy cause, it provides a way for your brand to strengthen its relationship with existing customers and reach potential new ones.

It isn’t just a donation; it’s an investment that can benefit both the charity and the brand beyond the warm fuzzy feeling you get when you grow a mo! 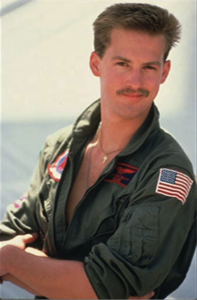