Emojis can be used by any one that makes them incredible useful tools for analysis. Here's six things emojis can tell us about people with data to back them up.

95% of internet users have sent an emoji at some point. Over 10 billion emojis are sent each day.

But we still know very little about how the world uses emojis and what it all means.

Emoji might now be the internet’s most popular language, which is why we’ve built Emoji Analysis right into Brandwatch Analytics.

It lets users search the whole public web for emojis, revealing what emojis are used most in conversations, and how many angry, sad, disgusted, or happy emojis are used next to your brand.

Emoji Analysis is available to all customers today at no extra cost. Try it out.

Using this new feature, we’ve written a report that examines how the world uses emojis and specifically how consumers use them when communicating with brands.

For the third year running, the “Face with Tears of Joy” emoji reigns supreme on social media.

It dominates on Twitter as the most-used emoji. This should come as no surprise to those versed in emoji; after all, this same symbol was even the Oxford Dictionary’s Word of the Year in 2015.

On average, 75% of the emojis on Twitter are positive and 25% are negative. 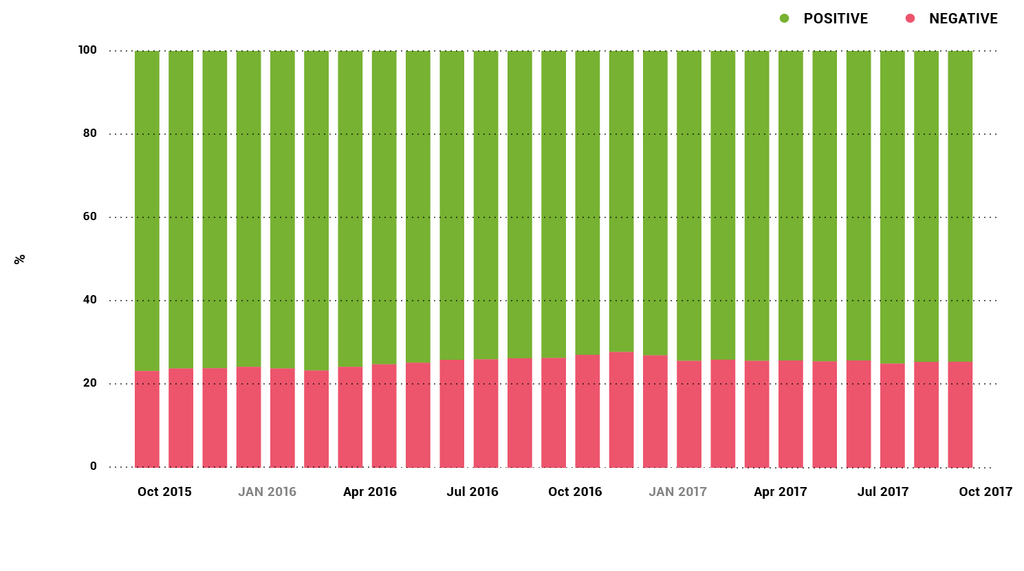 In fact, the largest volume of negative emojis came during the month of the American election (8th November 2016). During the week of the election, negative emoji use grew to 28.9% (a two year high).

Turns out the more tired we are, the angrier we get.

Perhaps surprisingly, there are some stark differences in how men and women use emojis:

5. Utah is the happiest place in 🇺🇸, according to emojis

The image below reveals the states with the highest percentage of positive emojis in their tweets: 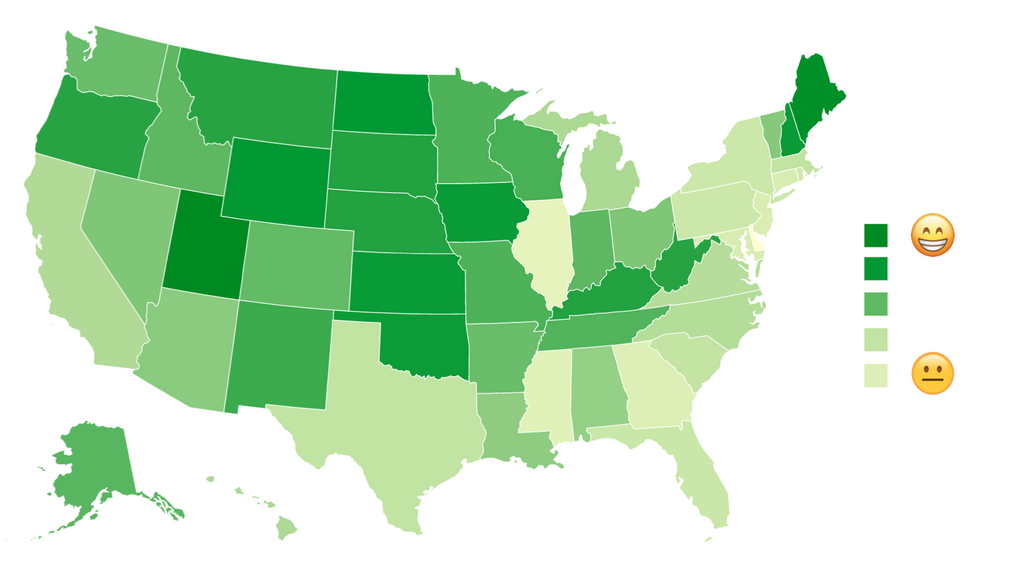 78.8% of Utah’s tweets with emojis in them contain positive emojis.

However, the most positive city in America is actually in New Mexico.

6. Consumers use the most positive emojis when talking about Pantene 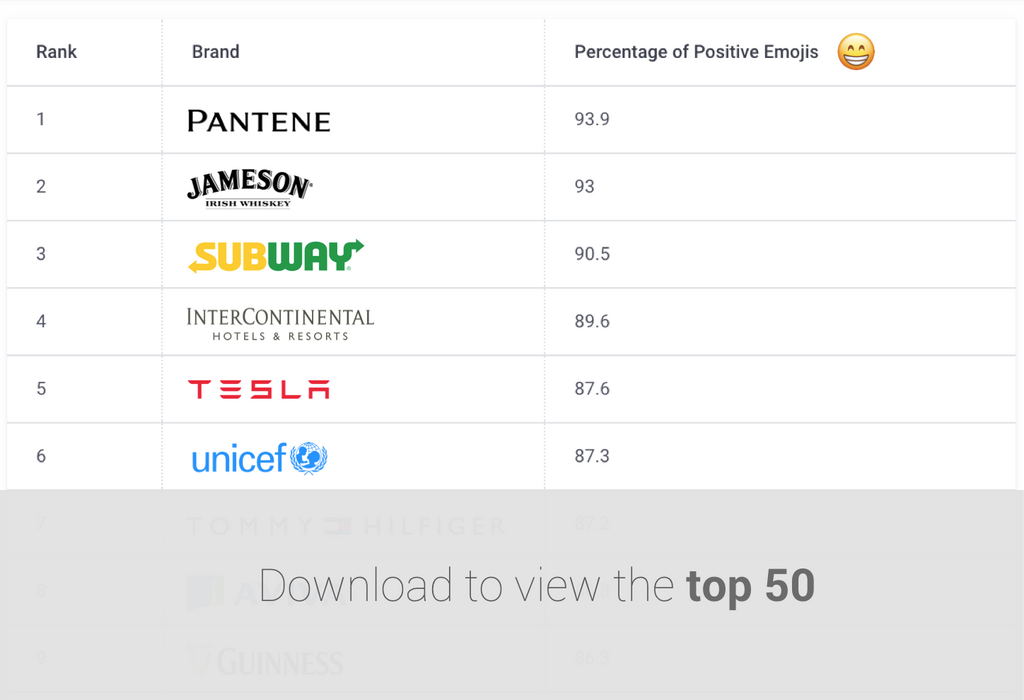 There are dozens more stats and facts about emojis in our latest report. Find out: