Branding Lessons from 7 of the World’s Biggest Brands

From UX to creating positive emotions - the most valuable brands on the planet can teach us all a thing or two about branding, as John Stevens writes.

How much is a brand worth?

A lot, apparently — which explains why top publications like Forbes, Interbrand, and BrandZ have segments dedicated to rating the world’s “most valuable” brands every year.

Apple, for example, is rated the world’s most valuable brand of 2018, with its brand value estimated to be $182.2 billion.

If an unknown company tries to sell the iPhone (or any other Apple product), or a product better than it, under its own brand name, it probably won’t generate a fraction of the traction Apple will generate for the same product.

This shows the importance of brand value, and explains why a study by Circle Research shows that 77% of marketers agree that branding is critical to the growth of an organization.

How you position your brand can positively or negatively impact the success of your organization: when Coca Cola launched its “Share a Coke” campaign, the campaign so positively impacted the Coca Cola brand that Coca Cola sales increased for the first time in 10 years — after years of steady decline.

Other major brands have employed strategies that have yielded similar, or better, results.

What can you learn from them? Here are four lessons from seven of the world’s biggest brands.

When it comes to branding, many people tend to focus on tactics. Lasting brands, however, have learnt to integrate user experience into their brands.

Just take a look at the following video:

In fact, Apple takes the unboxing experience so seriously that it has a secret “unboxing room” where designers experiment with packaging combinations to ensure that users have the best emotional response when they unbox their Apple devices.

Why would a tech company focus so much on the unboxing experience? Because they realize how much user experience influences the success of a brand.

IKEA also comes to mind when it comes to user experience. The Swedish company is no doubt the world’s largest furniture retailer — and its focus on user experience plays no small role in its success.

Here’s a user describing his experience with IKEA:

“I love IKEA. In fact, I don’t think I’ve ever met anyone who doesn’t love IKEA… It’s not just a store where you can buy something — it’s a destination where you can experience something. The way I see it, IKEA has branded itself as a place to go with cool, affordable merchandise, good food, and a wickedly awesome Kids Zone. In fact, my family recently went on a road trip and when it came time to take a break from being on the road … we went to IKEA. Not McDonalds. Not Walmart. IKEA.”

IKEA is probably the only example where “good food” and “Kids Zone” will be used in the same sentence in reference to a furniture company.

In describing an experience with IKEA, another user emphasized its restaurant and play structure for kids. Sometimes, it’s easy to confuse an IKEA store with a restaurant: so what connection does food and furniture have? User experience.

By focusing on user experience, IKEA has built a brand associated with comfort and satisfaction for its users — as a result, not only does IKEA come to mind first when people think about getting furniture, but they are willing to pay more because the IKEA brand stands for more than just furniture.

Their willingness to focus on user experience in a way that isn’t necessarily related to furniture also guarantees lots of free press and traffic for them.

Lesson #2: Get users involved — people will support what they help create

The smartest brands realize how powerfully-effective involving users can be. Coca Cola quickly comes to mind:

In 2011, the Coca Cola “Share a Coke” campaign began in Australia.

The campaign, which features popular first names of people in the country Coca Cola is being sold, became so successful that it was eventually rolled out in over 80 countries. 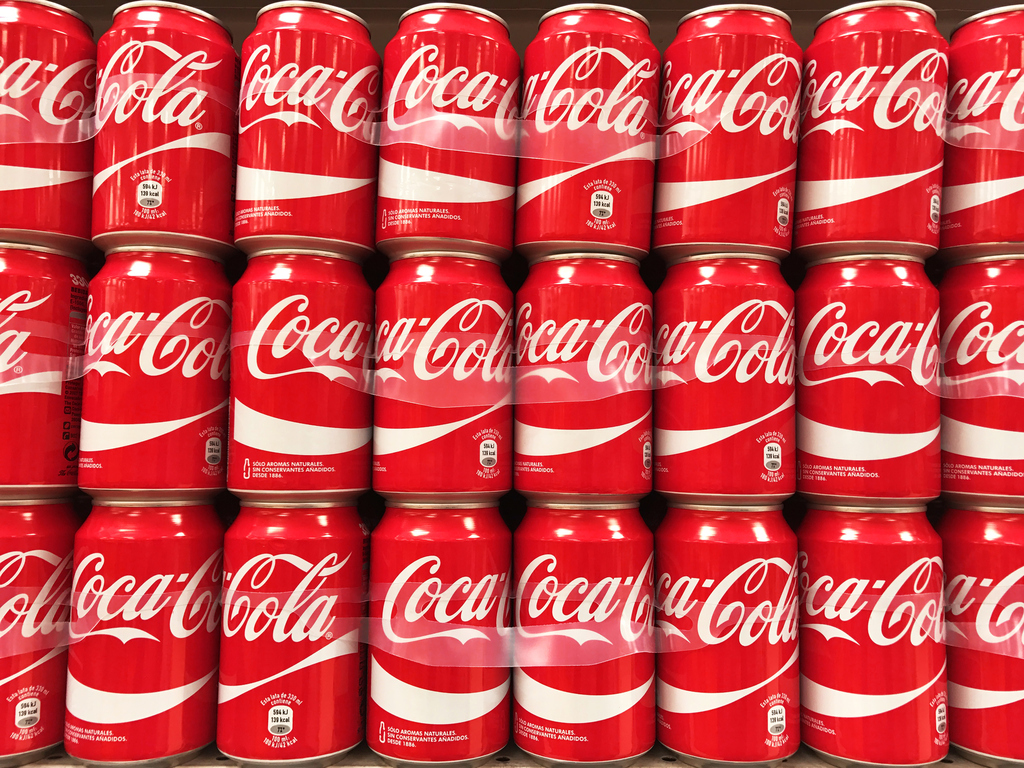 Microsoft was also able to increase adoption of its IE9 browser by involving users. Teaming up with Edgar Wright and Tommy Lee Edwards, Microsoft created an animated story: The Random Adventures of Brandon Generator.

At the end of the story, however, Microsoft invited users to contribute ideas, messages, and other forms of creatives through an interactive hub that used the capabilities of IE9. The result was impressive:

Starbucks also does this masterfully with its My Starbucks Idea portal. Through this portal, customers can submit ideas and vote or comment on the ideas of others on how Starbucks can improve their products. Not only is Starbuck able to get feedback, but it deepens the involvement of its users in its brand and as a result their loyalty to its brand.

When users feel involved in “making” your brand, they’ll go out of their way to promote it.

Involve users in the creation of your products and offers — not only will they be certain to buy it, but they will also go out of their way to tell others about it. It is no longer “your” product. It is now “their” creation.

Lesson #3: Ensure your brand is able to evoke a feeling

However, should feelings and brand be included in the same sentence? We should take a look at Nike.

Nike has carefully built their brand to inspire coolness and greatness in people; from the design of their products, to the types of personalities they have endorse them, to the kind of ads they use — a consistency in ensuring that people who use Nike feel the potential for greatness, that they feel that they can do it, is present.

Whether it is with their “Just do it” motto or consistent selection of great athletes, Nike ensures that their brand is more about the feeling of using Nike than about the Nike product.

Just take a look at this Nike ad:

Even Steve Jobs had to admit the genius of Nike’s branding strategy:

“Nike sells a commodity, they sell shoes. And yet when you think of Nike you feel something different than a shoe company. In their ads, as you know, they don’t ever talk about the product, they don’t ever talk about their air soles, how they’re better than Reebok’s air soles. What’s Nike do in their advertising? They honor great athletes and they honor great athletics. That is what they are about.”

Lesson #4: Get people talking no matter what it takes

In the classic, The 48 Laws of Power, author Robert Greene advocates courting attention at all cost because what is unseen counts for nothing. According to Greene, getting negative attention is much better than being ignored.

When it comes to branding, however, how true is this?

Let’s take a lesson from GoDaddy: many are familiar with GoDaddy not because it is the best at what it does (registering domain names and offering web hosting).

In fact, some of their practices are questionable, and they are probably not the best at what they do. Yet, in a dry industry, Godaddy manages to generate a revenue of $2.2 billion annually, boast about 17 million customers, and employ 6,000 people.

While there is a lot of things Godaddy gets right, perhaps the greatest branding lesson you can learn from them is that they have mastered the art of getting people talking about them. Their SuperBowl ads quickly comes to mind.

Even CNN couldn’t resist doing a compilation of their most controversial ads:

Godaddy intentionally engineer their ads to generate controversy — to get people to talk about them even if most of the talk is negative. In the process, they’ve gradually built their brand and rank as the number one domain name registrar in the world.

Get people talking: when Apple wants to launch a new device, somehow there is suddenly a “leak” in the media about what the device looks like. Suddenly, people start talking: talk about Apple dominates all the major media publication, and their launches are usually a resounding success.

While these leaks might not necessarily be intentional, they do one thing: they keep Apple in the media. They get people talking, speculating, and each product launch becomes a success.

Learn how social media has impacted customer experience across 15 industries. 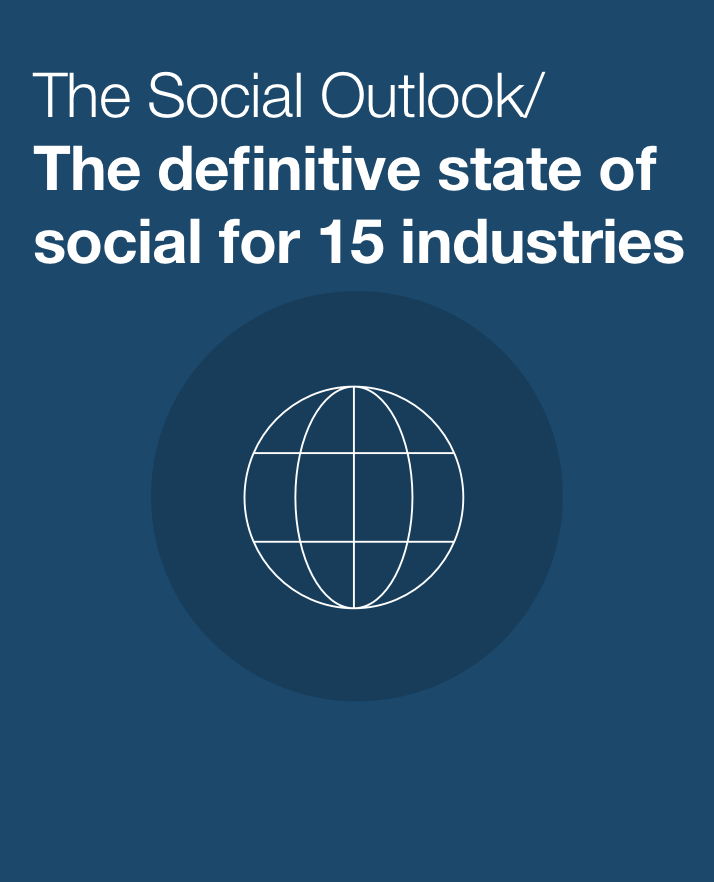