The Best Pinterest Marketing Campaigns and Why They Work

While Google searchers often want a definitive answer from their searches (“What is the EU?“), Pinterest specializes in discovery and inspiration (“Kids craft ideas“). The nature of Pinterest makes it ideal for certain brands and industries.

The best Pinterest marketing campaigns factor in the nuances of this social scrapbook. We’ve listed the best campaigns that take advantage of some of the unique features on offer.

More and more brands are joining Instagram, but not all of them have worked out the best strategies yet. We look at the best Instagram Campaigns out there.

Krylon’s Pinterest marketing campaign centered around the idea that spray paint can take an old, worthless item and make them beautiful and valuable.

The campaign started with a lighthearted TV spot that showed a family buying yard sale items, spray painted them, and then sold them back to the same owner for a huge profit. After these commercials had aired, Krylon set out to prove the concept would work in real life.

Krylon drove a van through the six states and 690 miles of the world’s longest yard sale. Along the way, they bought and transformed items and kept the Pinterest audience updated in real time.

Once the journey was over they became the first brand to utilize buyable pins feature. All 127 items went on sale, their prices at least double that paid, with all proceeds going to charity.

The concept fits really well with Pinterest, which has no shortage of boards that are aimed at inspiring DIY wannabes. Keeping the audience updated in realtime and ending with buyable pins increases the engagement around the yard sale.

Honda’s simple but effective Pinterest marketing campaign was developed around the launch of the CR-V, which had the tagline “get out and live life”.

The target market for the car was young adults on the edge of major life milestones – marriage, starting a family, buying a house – events which are often planned on Pinterest.

Honda chose five influencers and challenged them to take a #Pintermission: a 24-hour break from Pinterest. More than that, Honda wanted these pinners to do some of the stuff they’d been pinning about, giving them $500 to help them along the way.

This campaign launched Honda’s Pinterest account, engaged influencers, aligned perfectly with the “get out and live life”, created a large number of impressions, and only cost the brand $2,500.

Another older Pinterest campaign, the aim was to introduce Japanese clothing brand UNIQLO to the American market. Without a paid media budget, the team had to get creative. They wanted to stand out from the endless stream of pins that users scroll past.

Using over 100 accounts, a social team and a bank of computers, long images were simultaneously pinned. This created a mural effect that was difficult to ignore. As users scrolled, the graphics appeared to be animated, dominating the entire homepage.

While this campaign would no longer be possible (longer pins are now initially collapsed), it was a great way to make a strong impression with minimal resources.

First modelled on an actual pin, the virtual pin of Pinterest was turned back into an actual, IRL pin for this campaign. Tok & Stock, the largest furniture chain in Brazil, realized that Pinterest was the ideal social network to partner with a furniture store.

When furniture shopping, people take photos, notes, and measurements in store. They often need to discuss the purchase with family or loved ones. It can be a shopping process with multiple trips and touchpoints.

With the addition of a pin in-store, you can get inspired while seeing the goods in front of you, save the item into your online scrapbook, continue your research and conversations with others, and take action when you are ready.

The button is wirelessly synced to the nearest mobile phone through Bluetooth Low Energy (BLE) technology, and added to the account of that person. This Pinterest marketing campaign is a great example of in-store and online integration.

The growth of e-commerce has seen a decline in the number of people visiting high-street stores. In an attempt to reverse this trend, JC Penney has decided to host live Pinterest boards in several malls in the form of digital billboards.

The campaign was initially run around mother’s day. JC Penney teamed up with Pinterest to leverage user insights from Pinterest to create the selection of in-store pins to target the relevant audience.

JC Penney also collaborated with influencers, who wrote about and pinned JC Penney products. These were then added to the in-store boards. 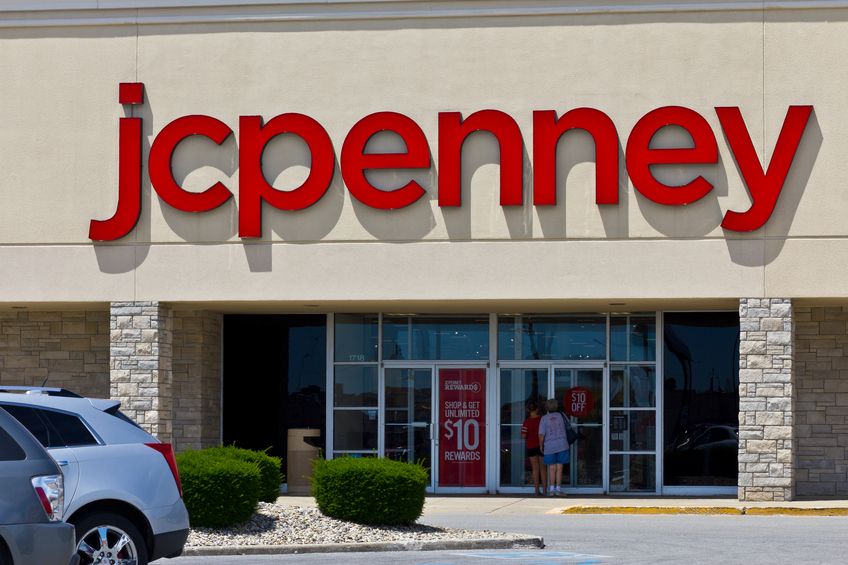 This Pinterest campaign brings the online boards into the physical world and uses the power of influencers. The retailer was able to engage shoppers in the mall, aiding product discovery. It was a great activation for its Pinterest-loving customers, providing inspiring and helpful ideas.

Brands need to develop strategies that are specific to Pinterest, rather than transferring campaigns across from other social networks. These Pinterest campaigns all work because they understand and take advantage of the uniqueness of the platform.