In which our friends at DDI Latam share their insights on the US Open conversation in Latin America, generated using Brandwatch.

This is what Latin America talked about during one of the toughest tennis competitions: the US Open. 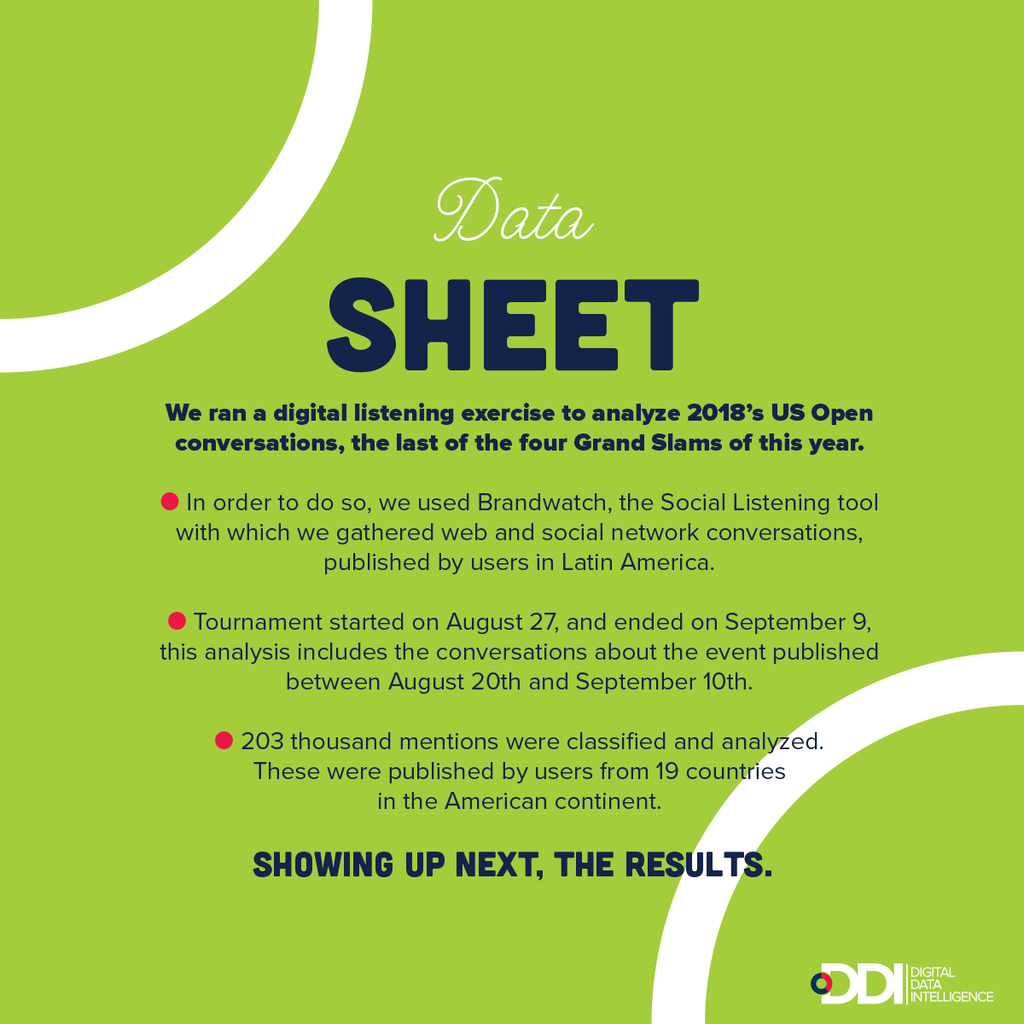 The last Grand Slam of the year is the US Open and we ran a digital listening exercise about it to get to know what Latin American fans said about this great event. 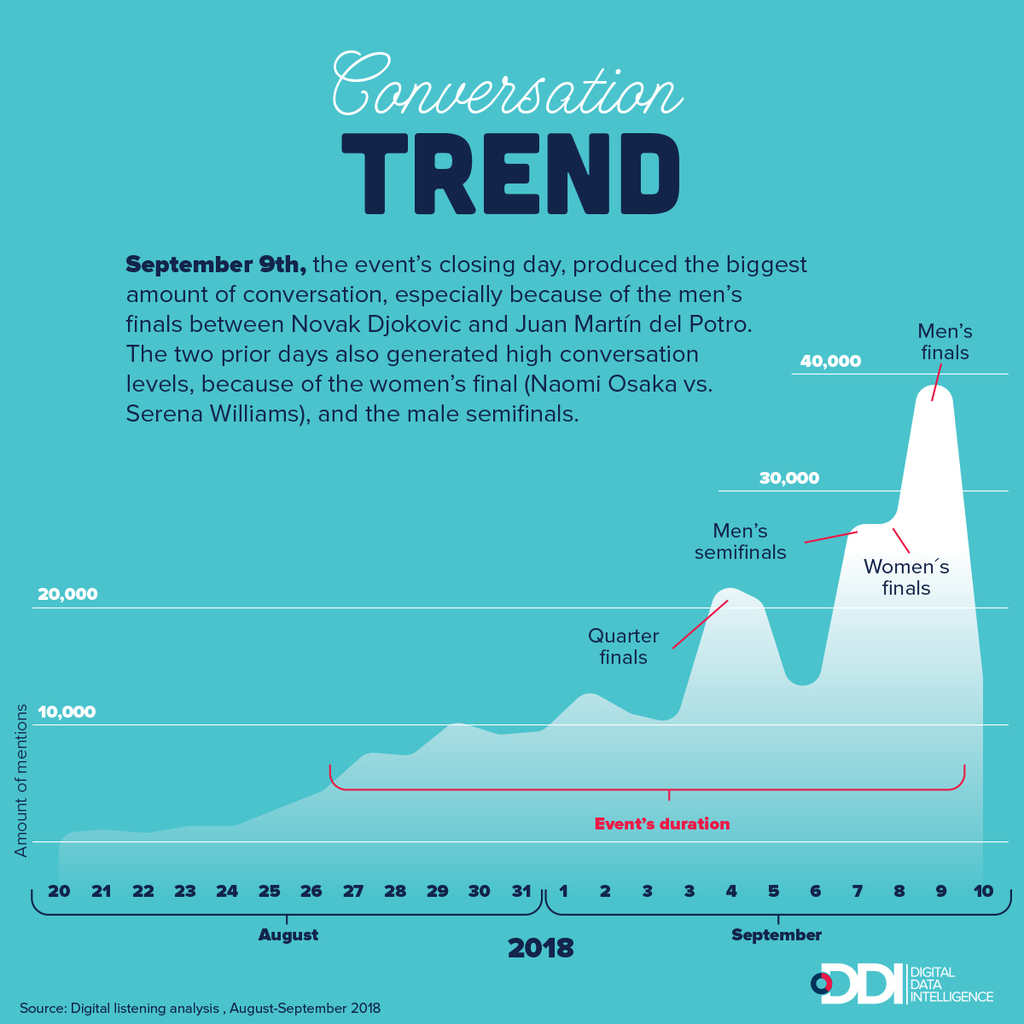 The tournament started on August 27, but the conversation started to build around the 20th. It grew stronger as the middle of the tournament approached, and it peaked during the men’s final.

Argentina, widely represented within the tournament, generated the biggest amount of conversation. Mexico and Colombia also had a lot to say about the event. 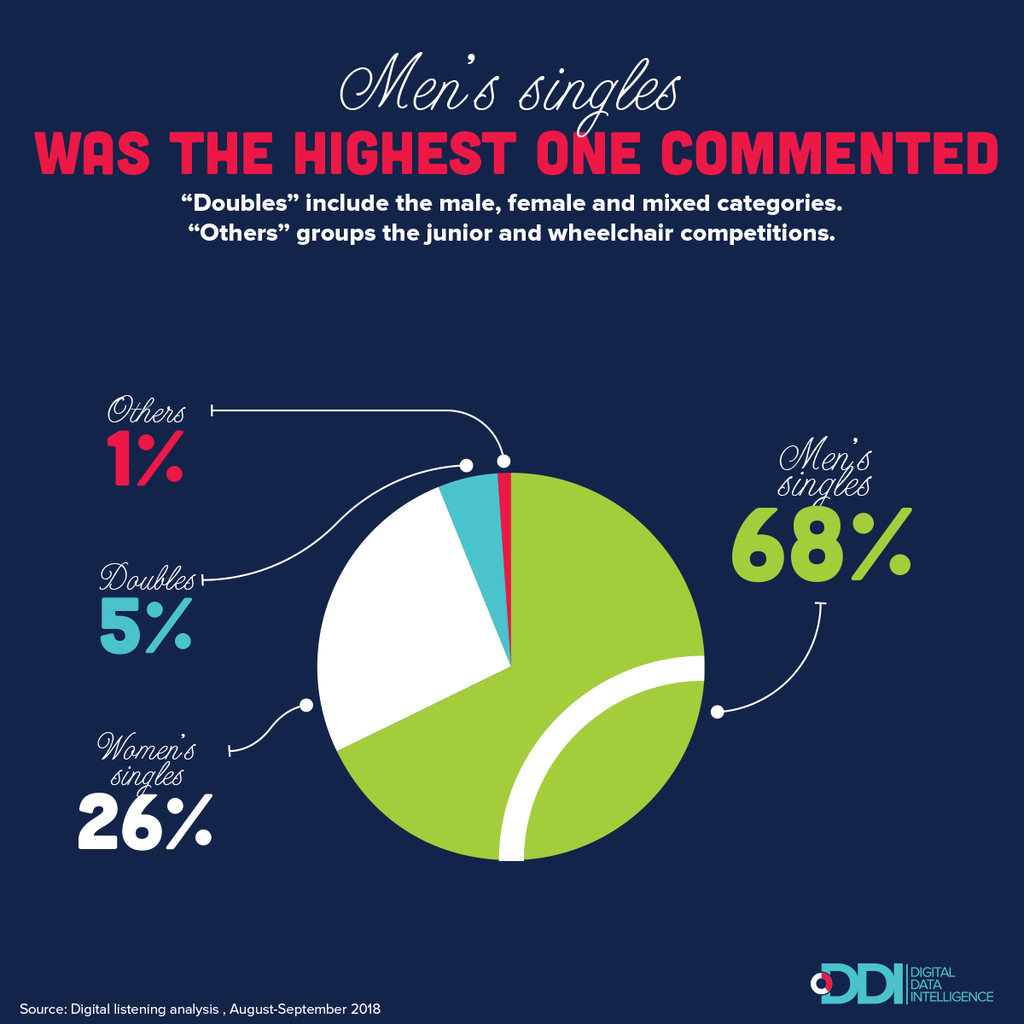 The men’s singles were talked about most, with Del Potro, Djokovic and Nadal mastering not only their matches but also a large part of the conversation.

Here’s how the men and the men’s matches looked on social in Latin America: 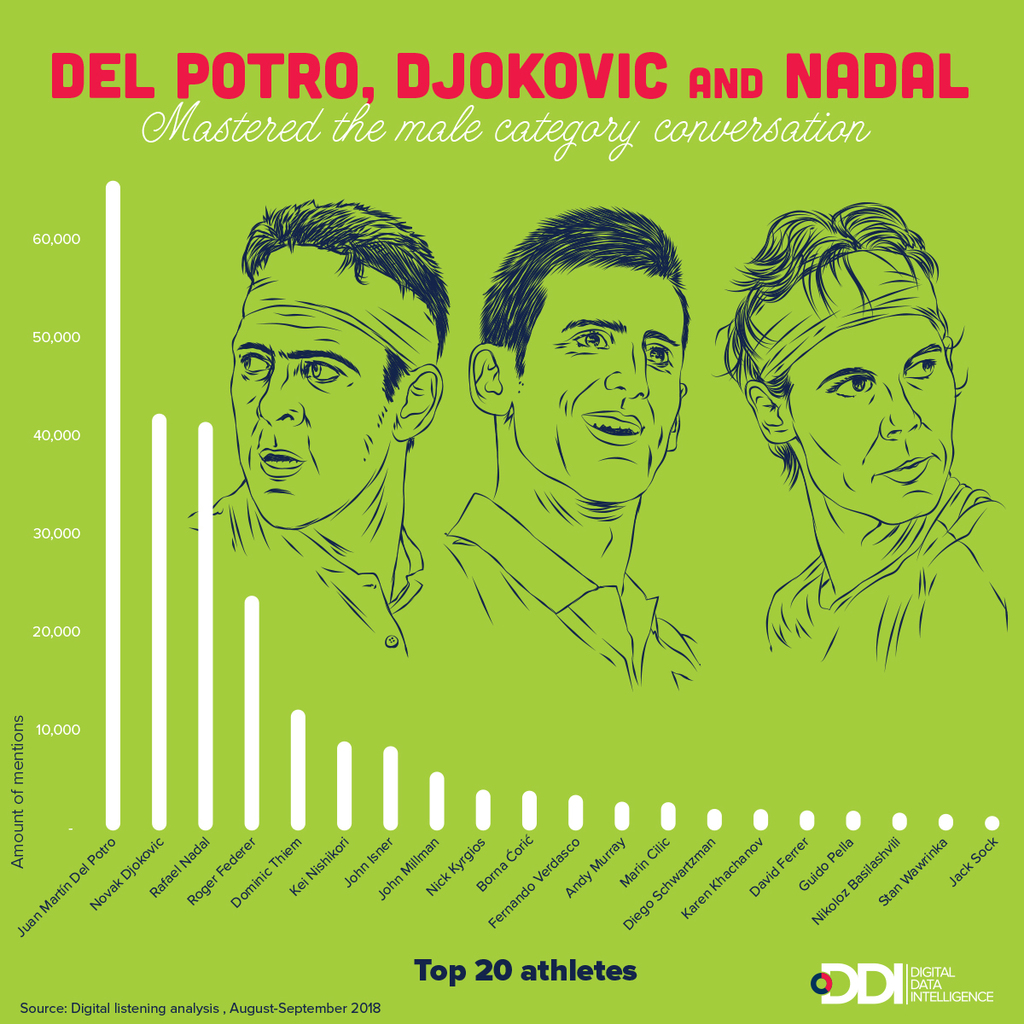 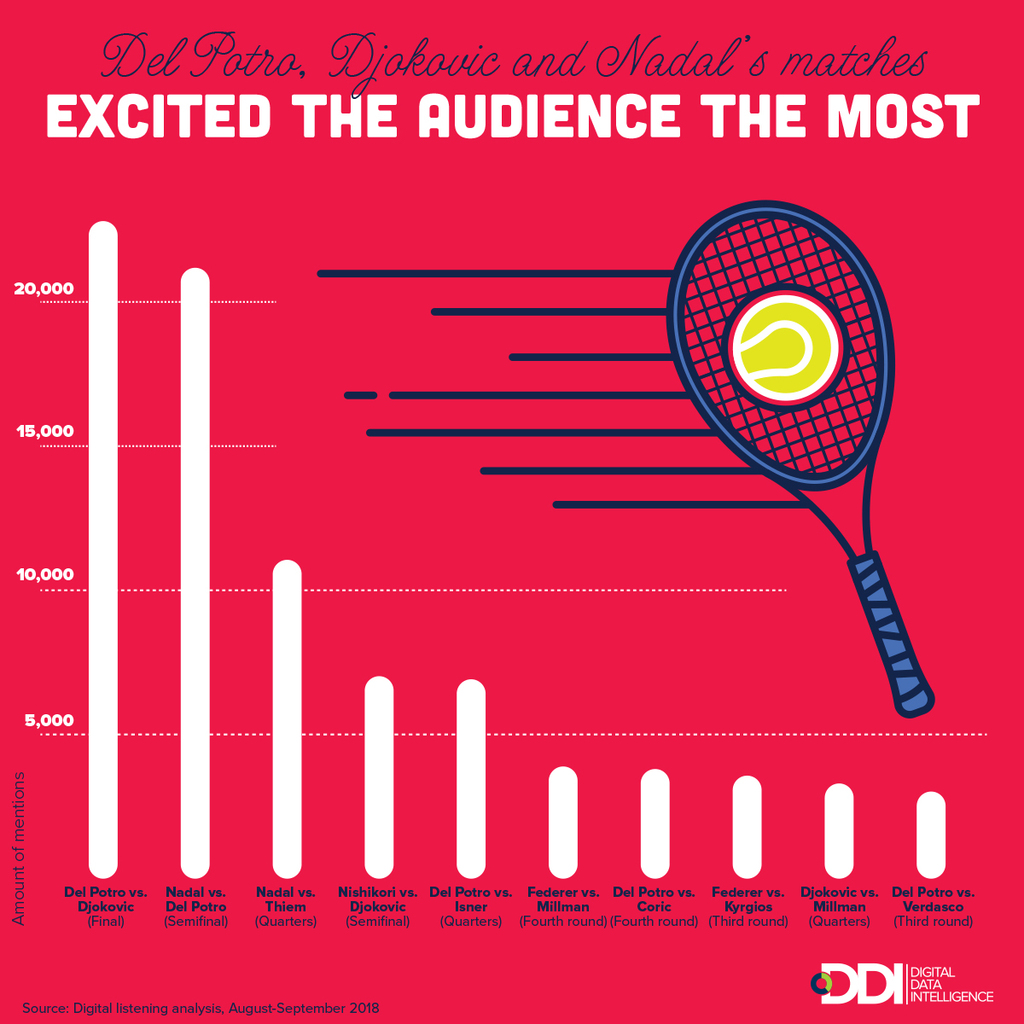 Serena Williams played five out of the ten most commented female matches, and 52% of the comments about the women’s final talk about the argument between Williams and umpire Carlos Ramos. 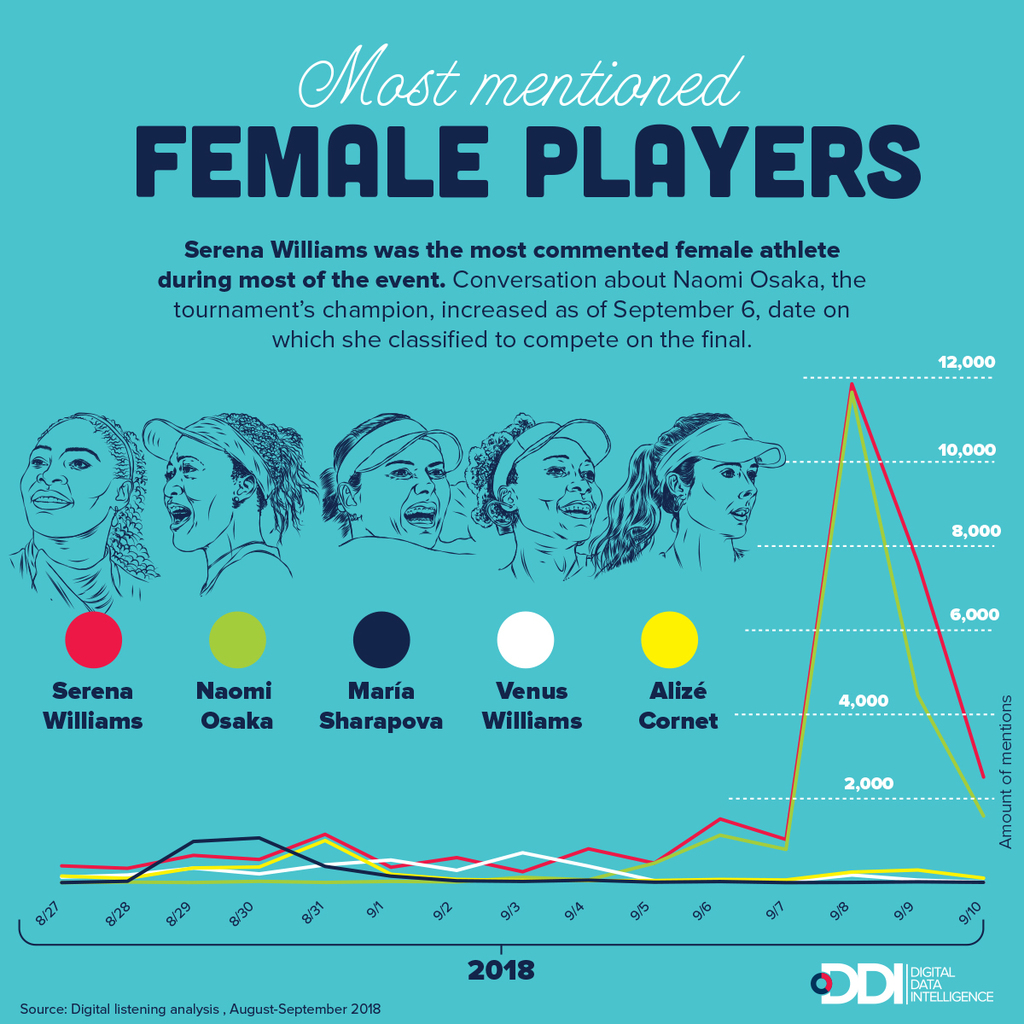 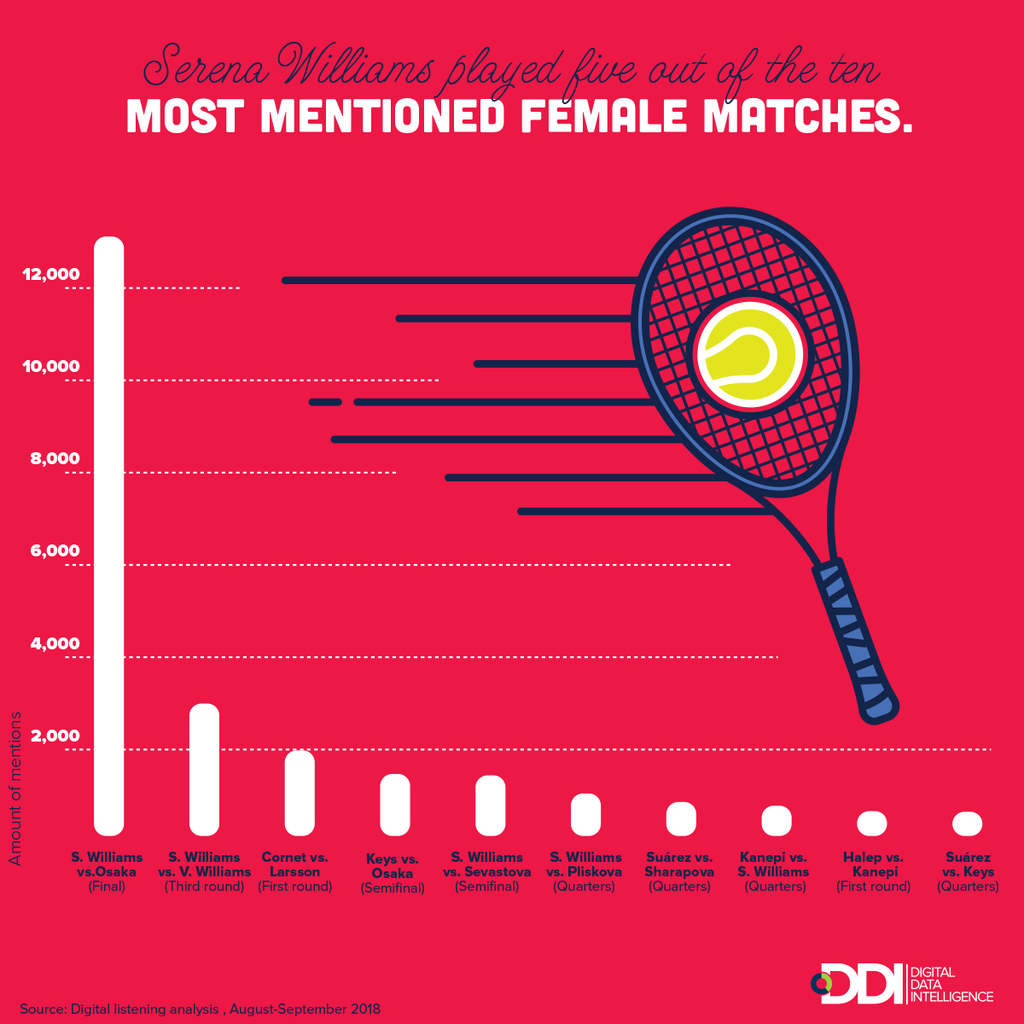 Despite being eliminated during the first round, French player Alizé Cornet remained in the conversation because of the controversy about her changing her shirt on the court. The umpire gave her a code violation. 86% of the player’s mentions talked about this event, with many calling it sexist.

Furthermore, the audience talked a lot about the high temperatures during the first tournament’s days, which affected the athlete’s performance. 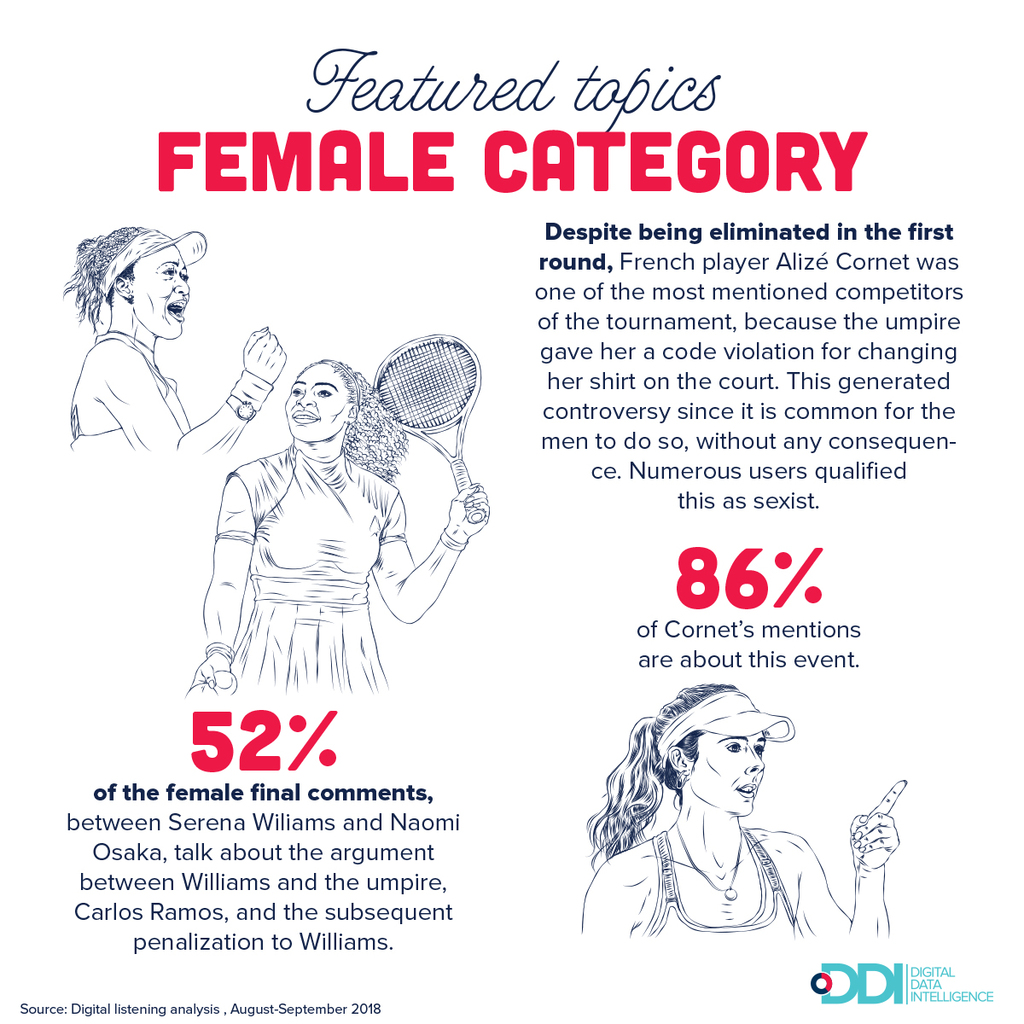 Celebrities often attend the US Open and they tend to drive plenty of conversation. This year actors such as Gerard Butler, the Jonas brothers, Ben Stiller and Gérard Piqué are some of the names that came up.

Nevertheless, Meryl Streep generated more conversation because of her facial expressions. With around 2,500 mentions, she stole part of the spotlight from Novak Djokovic and Juan Martín Del Potro. 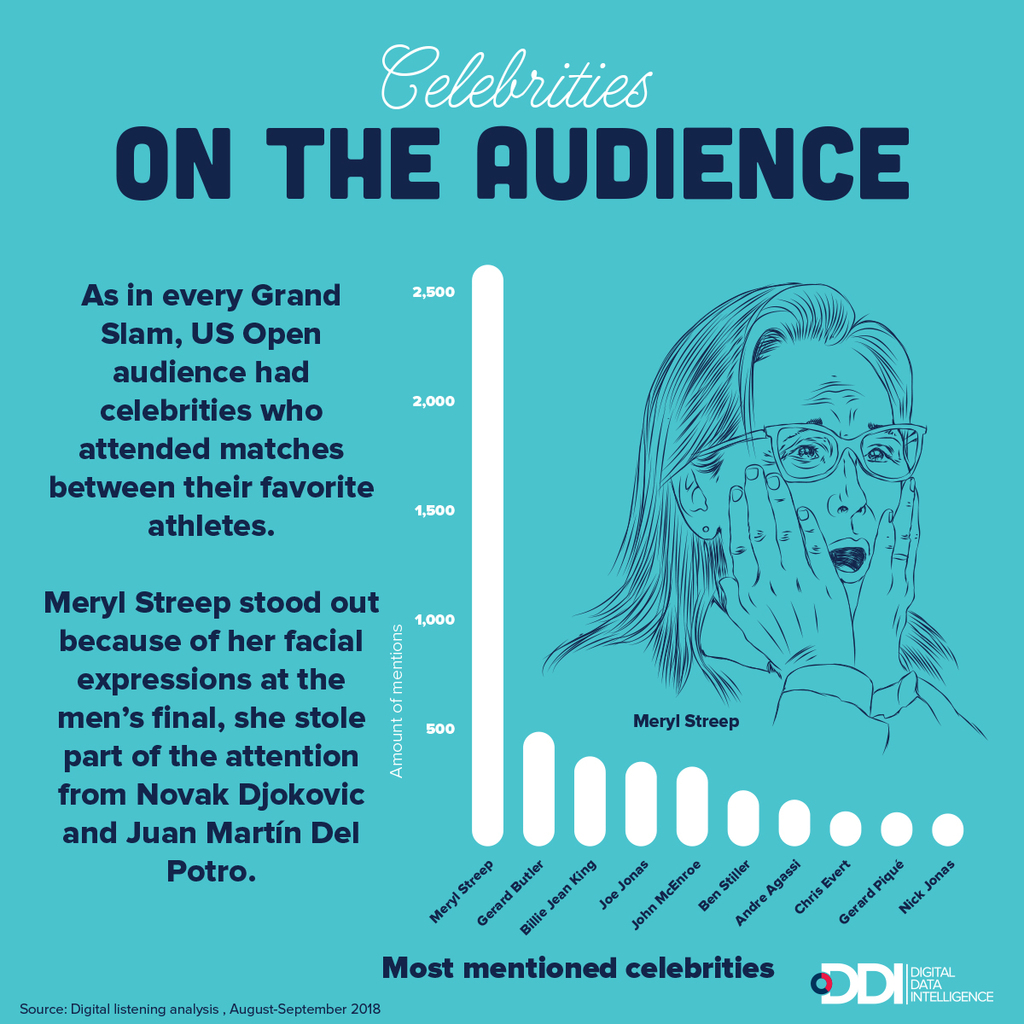 Serving up insights on live events is easy with Brandwatch Analytics