Oscars 2018 Data Round-up: How ‘Get Out’ Took Over Social Media

The Brandwatch React team reveals how the internet reacted to the Oscars announcements with social media data. Grab your popcorn and have a read of the surprising findings.

It’s time for Brandwatch React’s annual review of Oscars social media data and, spoiler alert, ‘Get Out’ absolutely bossed it.

As the stars were busy having a ball, the Brandwatch React team has worked around the clock to get the data out there for them to enjoy over coffee and hangover pizza this morning.

Without further ado, lets get to the data. 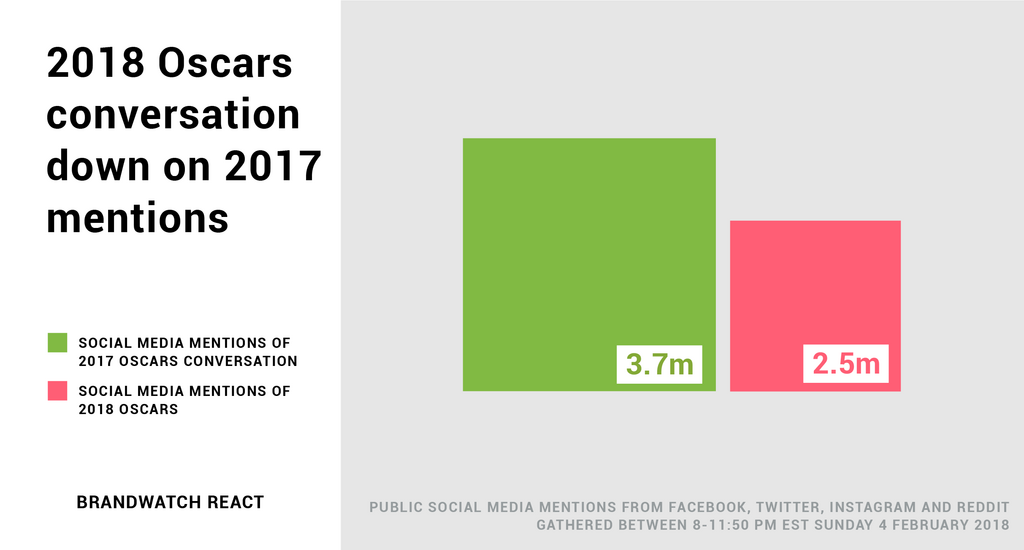 An explanation for the amount of mentions being greater in 2017 could be the blunder at the end of the show where Moonlight was mistakenly not given the Best Picture Oscar.

Coming back to 2018, when we looked at minute-by-minute mentions of the Oscars, finding the night’s three most talked about moments. 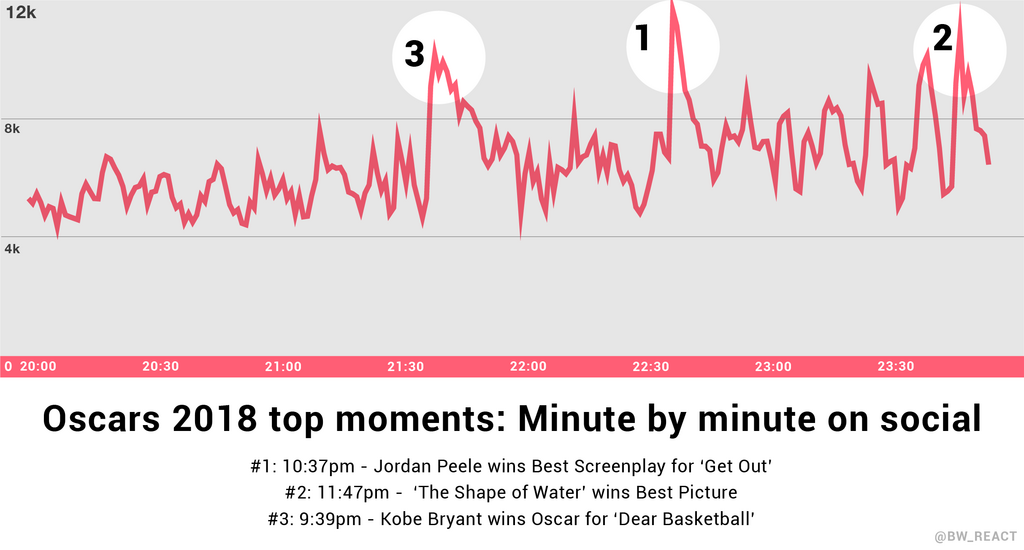 And the winner of the Biggest Picture on Social Media is: ‘Get Out’

‘Get Out’ was a real social phenomenon for this year’s Oscars.

Its nomination for Best Original Screenplay made this category the most discussed during the show on social. 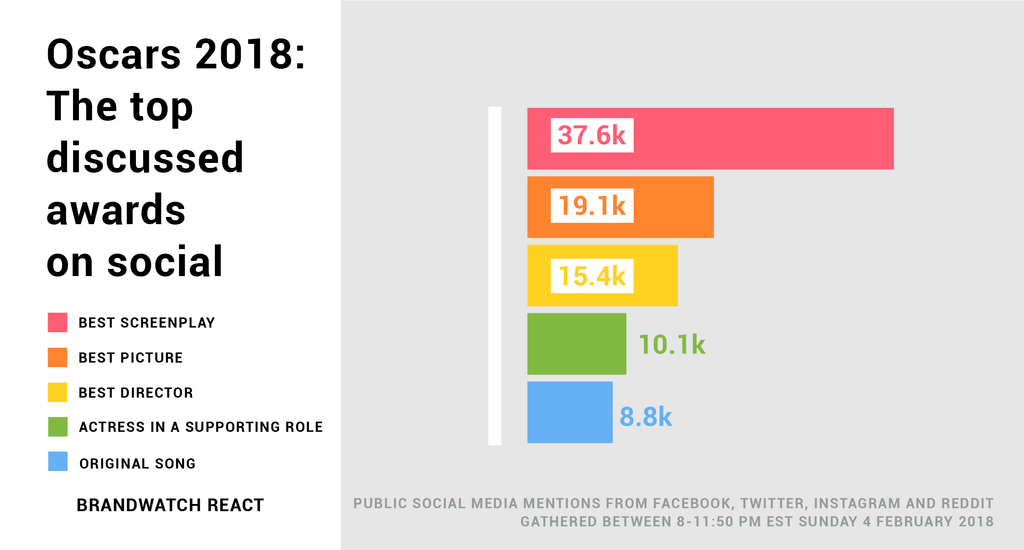 To further prove the point, ‘Get Out’ was mentioned more than any of the other Best Picture nominated films – even the eventual winner.

Here are the top five most mentioned movies out of the Best Picture nominees. 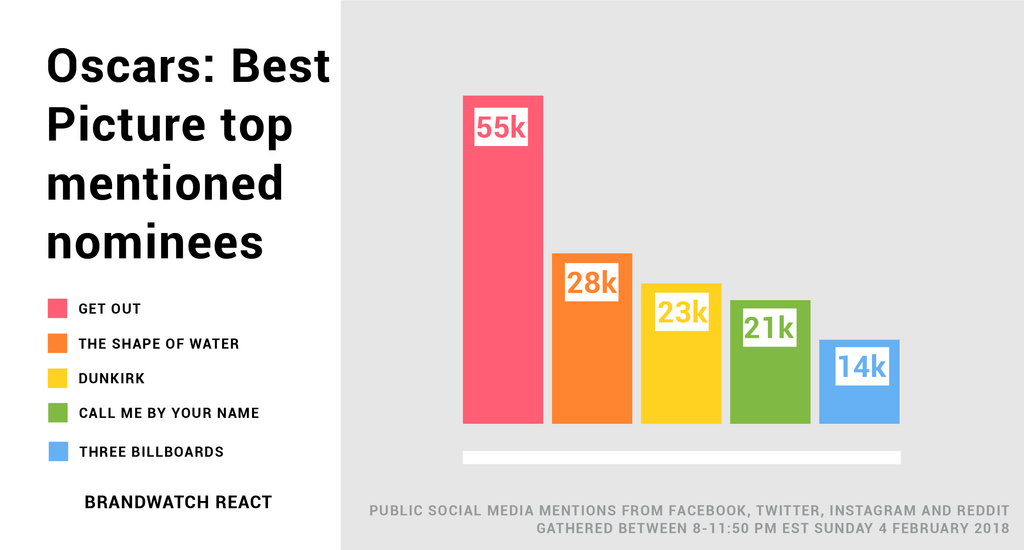 As we’ve seen above, the Oscars winners aren’t always the most mentioned – and that was proved again when we took a look at the people being mentioned.

In the Actress in a Leading Role category Meryl Streep registered more mentions than the winner Frances McDormand. Streep accrued over 34,700 mentions, and McDormand received only 21,300 mentions. This translated to 49% of all Best Actress nominee mentions going to Streep, with McDormand registering 30%.

In the other major acting categories, the highest mention count tended to align with the winner.

The winning actors and actresses and their mention counts

Frances McDormand’s speech was a huge part of her being the top mentioned of the winners listed above – many took to Twitter to quote what she said.

With special thanks to Senior PR Data Analyst Kellan Terry for his work on this data. And, of course, the Academy.

Are you a journalist looking to use our data? Email [email protected] for more information