React: Twitter Reacts to The Game of Thrones Season 6 Finale

It’s official, Game of Thrones has left our screens for another long year, although the impact of this episode won’t be forgotten anytime soon.

This episode is the one we’ve been waiting for, and it didn’t disappoint. There was revenge, revelations and, in true Game of Thrones style, repetitive blood-loss.

Apart from the obvious hashtags, #Thronesyall and #demthrones were two of the most popular during the show.

**SPOILER ALERT: We won’t go into the details of what happened we will mention which characters get mentioned most and when. If you want to avoid that, we’d suggest coming back later.**

The Winds of Winter

Season 6 came bursting onto our screens with the return of the beloved Jon Snow and a renewed hope in salvaging the north from the recently (good riddance) deceased, Ramsay Bolton.

The subsequent episodes left some wanting a lot more and we saw a marked decrease in the number of tweets being generated every week.

The Battle of the Bastards and the final episode definitely made up for that.

Nothing could have prepared viewers for the events of episode 10 which explains the 207k tweets on Sunday night. 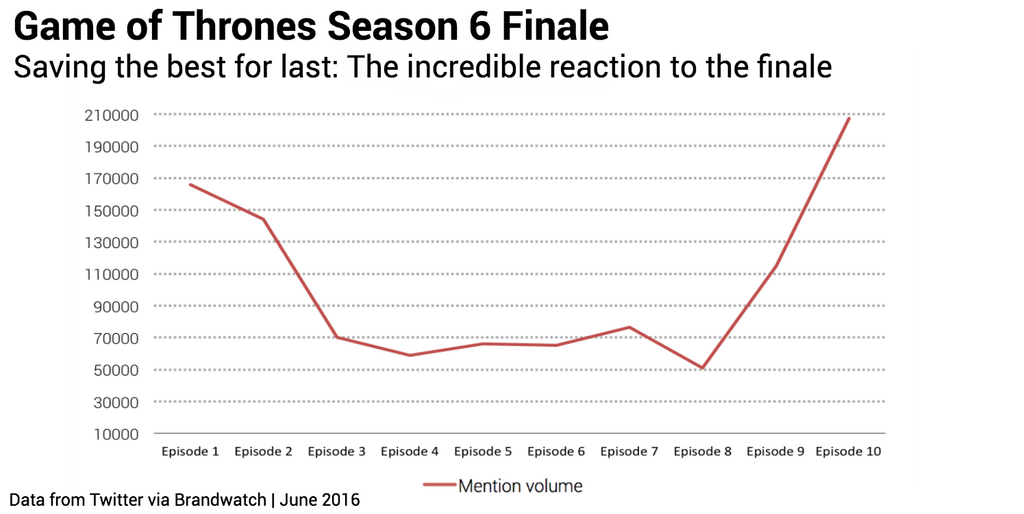 This mention volume is the highest so far and firmly sets the tone for season 7. 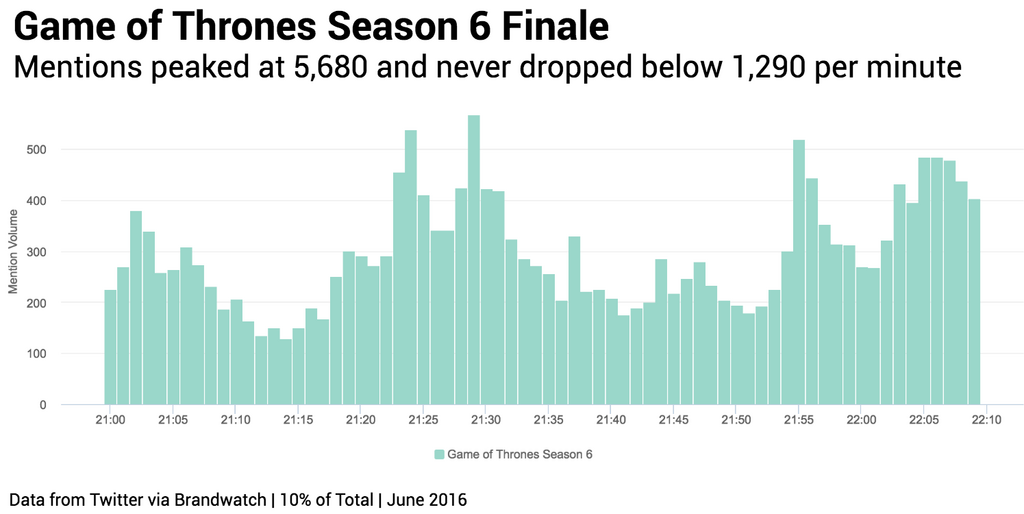 Tweets peaked midway through the show registering 5,680 in one minute.

Despite this incredible volume, it still doesn’t make come near the social reaction to Jon Snow’s return from the dead in episode two which drove over 10,000 mentions in one minute.

The topic cloud for the finale reveals the huge impact the women of the Seven Kingdoms have had on this season. Game of Thrones has been criticized in the past for its portrayal of women and the roles they occupy on the show. Season 6 made huge efforts to rectify this.

Many have even hailed Lady Mormont as the real MVP of season 6.

My three stars from this season of Game of Thrones:

For anyone that’s seen the episode, it’s no surprise that Cersei Lannister received the most mentions.

In fact, this is the highest volume of mentions anyone character has received throughout the whole season. 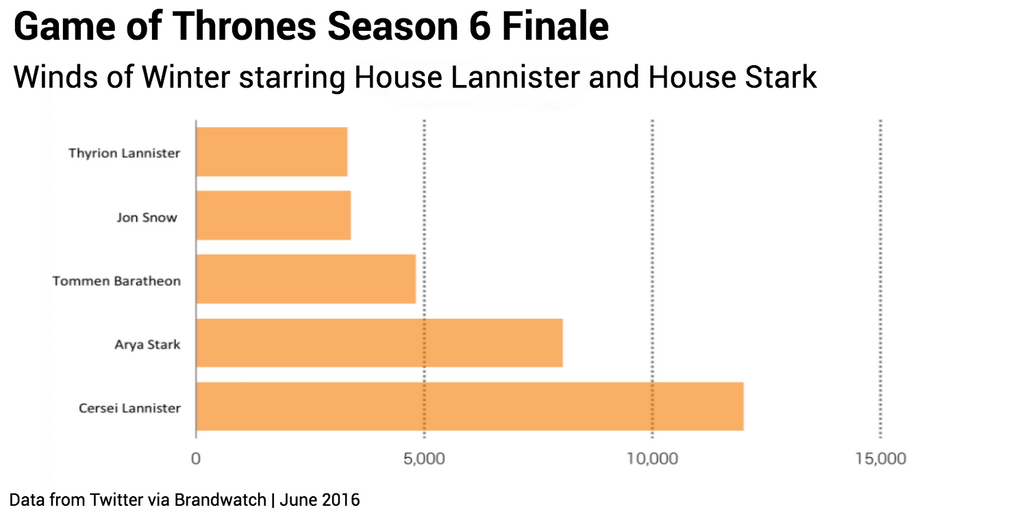 The Starks and the Lannisters undoubtedly dominated the Winds the Winds of Winter which sets up nicely for the next season. 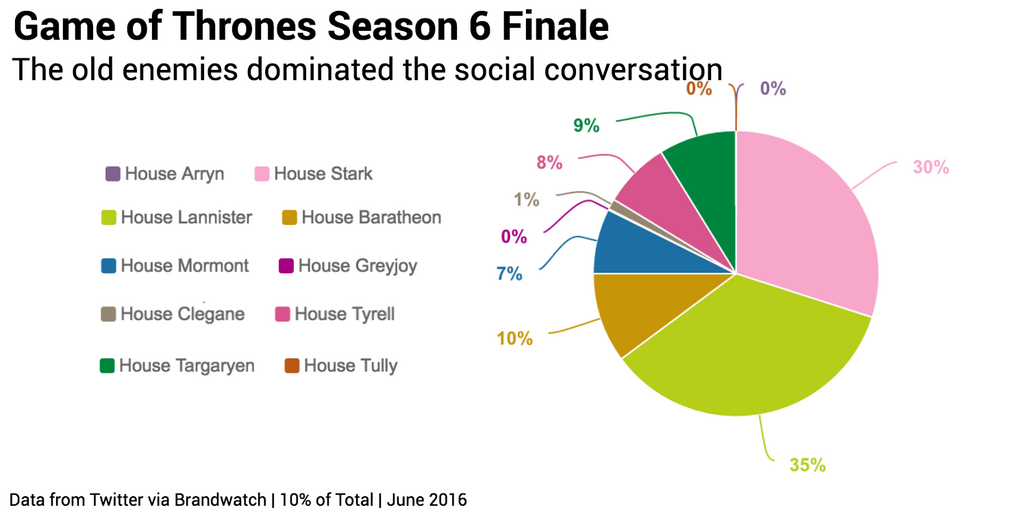 Our interactive data visualization shows exactly when each of the characters made their mark. 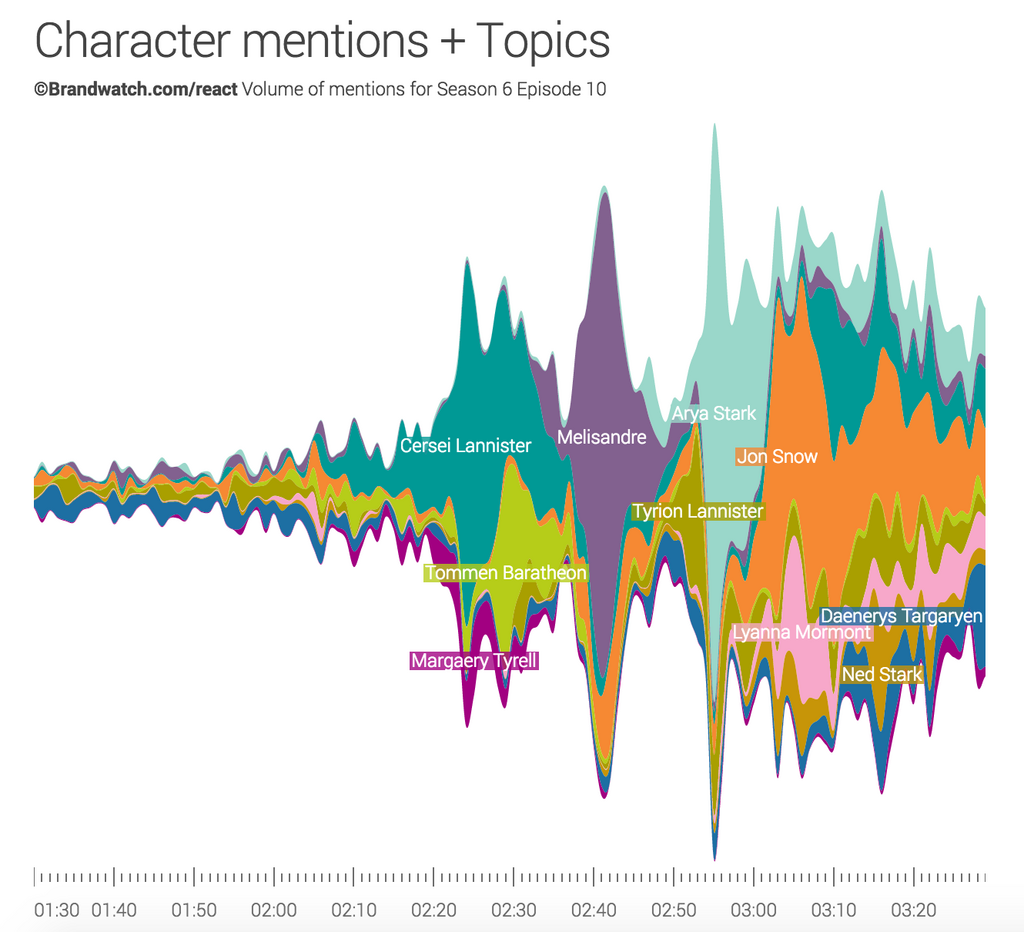 Now that season 6 has ended we will all be left with a Game of Thrones shaped hole in our hearts on Sunday/ Monday night, just for another 9 ½ months.

Game Of Thrones Got Hbo

game of thrones got hbo