Read this recap to learn how the world reacted to the latest Game of Thrones episode.

The penultimate episode of season 6 aired last night registering as the third most mentioned episode since the start of this season. Not since episode two has the internet been so engaged with the seven kingdoms.

If you haven’t seen the episode yet, all we can say is grab some popcorn and get ready for some nail-biting.

**SPOILER ALERT: We won’t go into the details of what happened we will mention which characters get mentioned most and when. If you want to avoid that, we’d suggest coming back later.**

Battle of the Bastards

The title of this week’s episode didn’t leave much to the imagination, and maybe the anticipation of the battle explains the 114,800 mentions the episode received.

Social conversation remained consistent throughout the episode until the very end when there was a spike of over 10,000 mentions within two minutes.

See the chart below to see which character we have to thank for this.

The unforgettable episode is being hailed as the best of the season so it is no wonder that mentions soared once again.

Despite episode nine’s impressive performance on Twitter, episode one eclipses it completely, it will be interesting to see what next week will hold.

**This is your second warning on the spoiler front.**

Even though the episode title placed Jon Snow and Ramsay Bolton at center-stage, it was Sansa who was the most mentioned character with 6,440 mentions.

This marks the second time Sansa has graced first place. 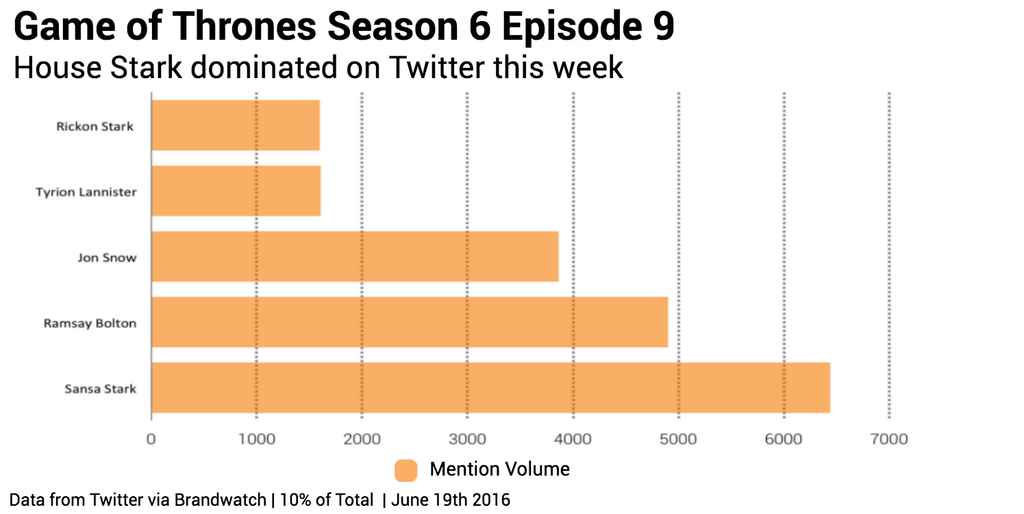 In fact, Sansa was responsible for the three biggest spikes in tweets throughout the whole episode while the fourth went to Ramsay Bolton, unsurprisingly.

Check out our interactive data visualization for more insights on the characters and topics. 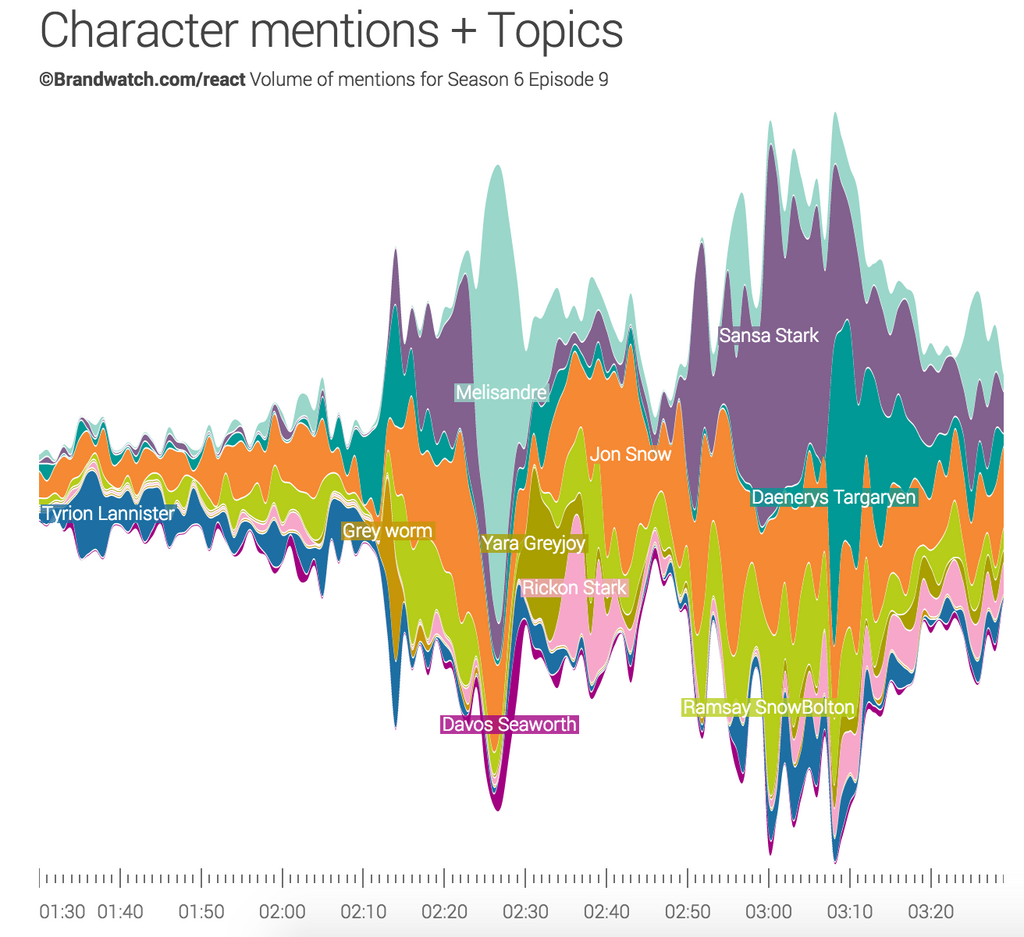 Sansa with the mic drop of the year #GameOfThrones

Tune in next week for the final episode of season 6.