We dig deep to find the top games at this years' E3 conference. Shenmue 3, Final Fantasy and the Last Guardian top the list.

The press conferences have ended. The booths are being deconstructed. Thousands of people are catching their flight out of LAX, worn by four days of little sleep and blaring high-resolution displays.

E3 draws to a close just as the press embark on a bigger task: declaring a ‘winner’.

Fanboys will argue that their respective console, game or publisher was the champion, putting all others to shame.

We’ve looked to social to declare a winner.

See also: Sony vs Microsoft: Who won the battle of the press conferences?

What was talked about the most?

Shenmue 3 – the sequel that’s been hiding for a decade – was the most popular game of the week.

This was followed closely by the announcement of a Final Fantasy VII remake. Even though the game is almost a decade old, it captured the nostalgia of thousands of gamers.

What game was the most loved?

Even though some games didn’t get a lot of buzz, we can analyze the sentiment around them to find out what people thought was good.

Surprisingly, the games with the high level of buzz tended to be the most argued about online.

While many people talked about the nostalgia-factories Shenmue 3 and Final Fantasy VII, they had some of the lowest sentiment scores of the show. 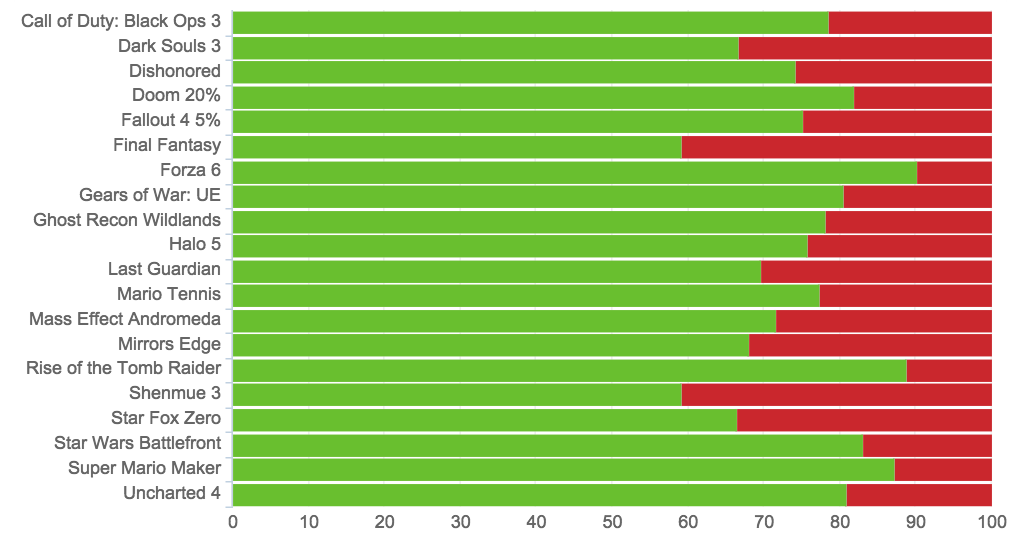 What about right now?

Below, you’ll find a chart that updates in real-time based on how many online mentions each game gets.

Falling behind? Make some of those Tweets yourself.

Want to know where to find more interactive social stories? This week, we’ve: