Get the guide
Online Trends

Research: What Can Six Flags, Disney and Alton Towers Learn from Social Media?

As the sun peeks out through the grey drizzle we’ve become accustomed to in the last few months, everyone’s looking to get outside as much as possible.

For some, the idea of ‘fun in the sun’ is strapping into a small cart and being hurled around a steel track at over 70mph.

Staring out of the window next to their desk, they dream of better life. One filled with concrete, steel beams and gut-wrenching screams. A thrill-seeker’s paradise.

Mildly depressed, they turn to they keyboard, open a new tab and type.

Believe it or not, a post like this means a whole lot to amusement park operators across the world.

The $30m desire for adrenaline

Every day, thousands of people turn to Twitter and talk about their wish to go to a theme park. It’s just that time of year. 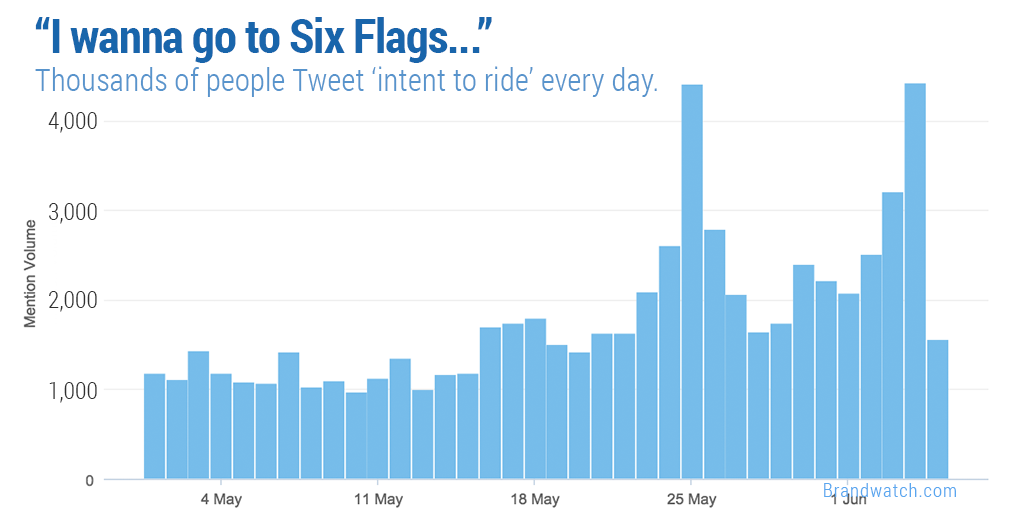 Not every park is created equal, though.

With 18 parks across North America, Six Flags are the biggest player when it comes to adrenaline-fueled adventure parks. Twice as many people said “I want to go to Six Flags” than to Walt Disney World and Disney Land combined.

Importantly, these figures have nothing to do with how head office is managing their own Twitter feeds. It’s all just desire, straight from the heart.

How far are people willing to travel?

For Six Flags, it’s hard to know exactly which park these daredevils want to go to. But by looking at geolocation, we can make a fair guess.

Intuitively, people Tweet more about a theme park if they’re close to it.

For Six Flags, you see a large a amount of Tweets within the states where their 18 parks reside. However, the localization factor is much lower or higher for certain parks.

Walt Disney World attracts visitors from all across the country.

By contrast, no-one outside of Ohio wants to visit Cedar Point.

Our conclusion? People are willing to travel farther to meet Mickey Mouse. 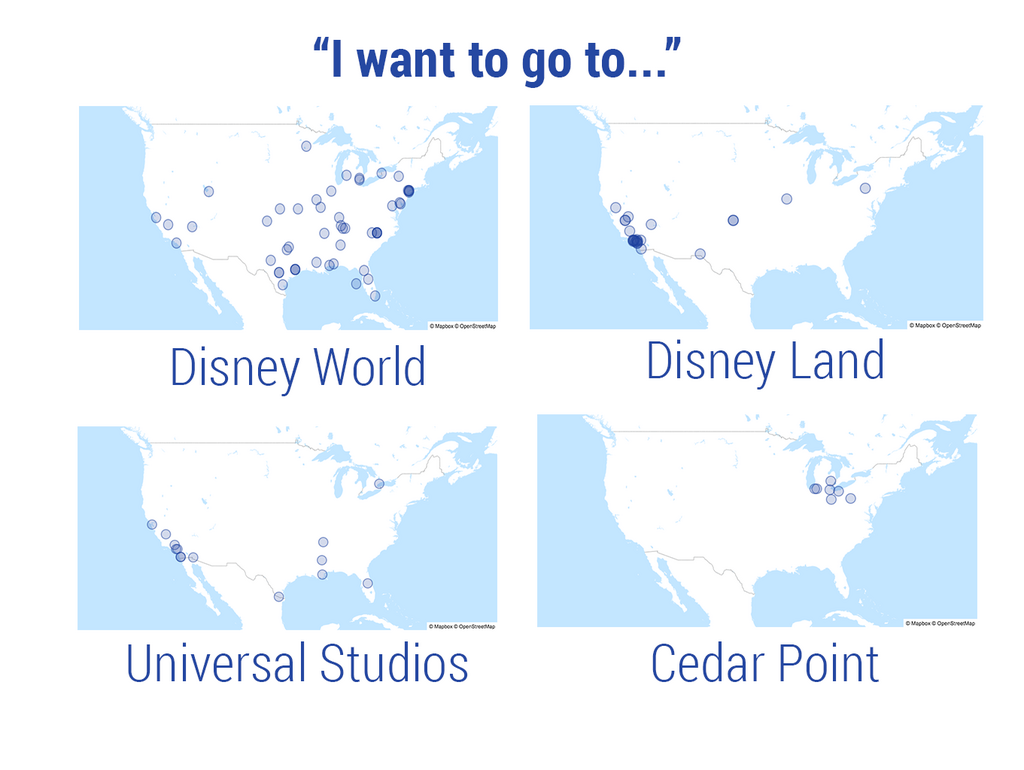 Across the pond, the UK’s biggest and most popular theme park, Alton Towers, recently had a major crisis unrelated to lost ticket sales.

You’re much more likely to die in a car crash than on a roller-coaster.

Yet, some people hold an irrational fear of roller-coasters – something that isn’t helped by crashes on the tracks.

Just before lunchtime on Tuesday 2nd of June, a cart full of people on Alton Towers’ ‘Smiler’ ride collided with an empty one.

No-one died, but the impact was strong enough to send several people to hospital with severe injuries. 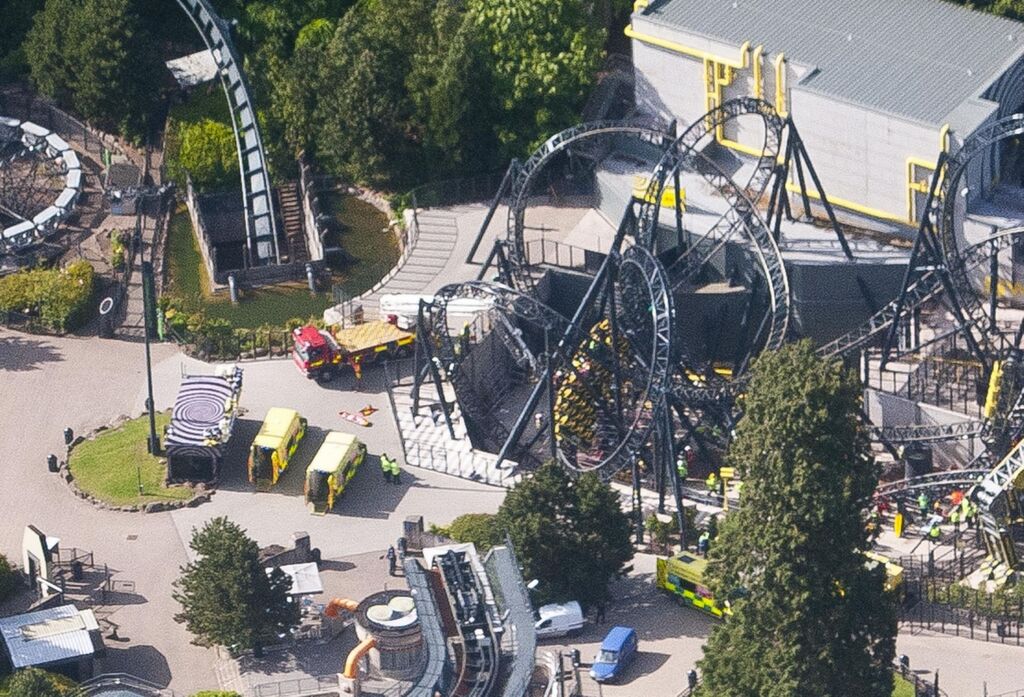 As the crash happened, there was silence from Alton Towers staff about what happened.

The only news people heard was directly from Twitter, in a series of blurry pictures.

Alton Towers eventually did respond, but by then negative sentiment had skyrocketed and the press were reporting on the park’s ‘mismanagement’.

Lessons for the future

The tales of lost ticket sales and that of the Smiler crash would have certainly played out differently if social listening had been at the hub of the parks’ head office.

The lessons to be learned here?

Six Flags and Walt Disney World could be saving – and making – money by targeting Tweeters who already want to come to their parks, and Alton Towers could have responded to an issue within the hour, not at the end of the day, allaying fears and improving their reputation.

But in the case of Alton Towers and the Smiler ride, let’s hope the need never arises again.