There's a strong link between social media and the music industry. Entire careers are built on it. We explain the situation so you can understand whats going on.

The recent criticism by Thom Yorke of online steaming service Spotify is the latest indicator of an industry in flux.

Now, in an era of fragmented platforms, file sharing, and non-traditional routes to market, the music industry faces various challenges.

Social media presents an interesting opportunity. As music fans, most of us turn to Twitter or Facebook to keep updated about our favourite bands, whilst new tracks or videos will 99% of the time get their launch on social channels.

Furthermore, social media is where music audiences naturally congregate, forming their own communities and sharing their experiences of bands and artists.

But how can labels keep track of this ever-increasing volume of online conversation?

A social media monitoring platform like Brandwatch has multiple use cases for the music industry.  The sheer volume of conversation, coupled with the agnostic nature of social media results in a vast body of opinion that can be mined for insight into trends, tastes and purchasing behaviour.

The most obvious application of a social media monitoring tool is to measure the buzz around a specific release.

Despite dwindling budgets in the industry overall, big bucks are still spent on the marketing of big releases.

Measuring online conversation not only provides insight into the popularity of an artist, using measurements such as uplift in buzz, but sentiment breakdown and the level of audience engagement also assists labels to understand the impact of marketing efforts – has the launch resonated with the right people on the right channels what can they learn for future releases?

But what good is a band without its fans?

Although Plan B and Beyonce seem somewhat confused by the notion, any long-term fan to artist relationship depends on reciprocity – they give us great tunes, we buy their songs and go to their gigs. 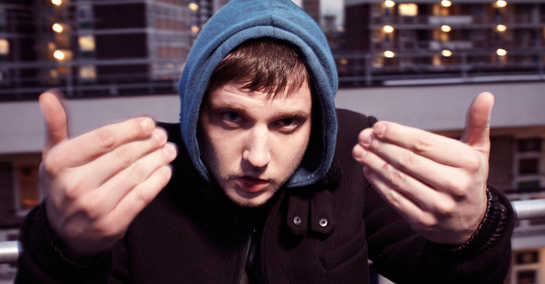 Identifying and engaging with fans is a crucial step in solidifying a band’s relationship with its audience.

Before the advent of social media music fans would congregate offline, whether it be at conventions or through the back-pages of the music press.

Now, communities form in disparate places and on a broader range of interests, whilst bloggers are arguably more influential than journalists from more established titles.

Using social media monitoring to identify these authors and to engage with them, whether with pre-release material or to launch a mini-campaign, will give a label tangible routes to market amongst true advocates.

Let’s apply this to a real-life example. Drenge are currently the darlings of the music press. The Brothers Loveless (yes, real surname) are a two-piece blues-rock band from Derbyshire and had the (mis)fortune of being quoted in MP Tom Watson’s resignation letter.

Despite this unwelcome endorsement their debut album was released this week largely to positive reviews which is evidenced in the significant amount of positive sentiment: 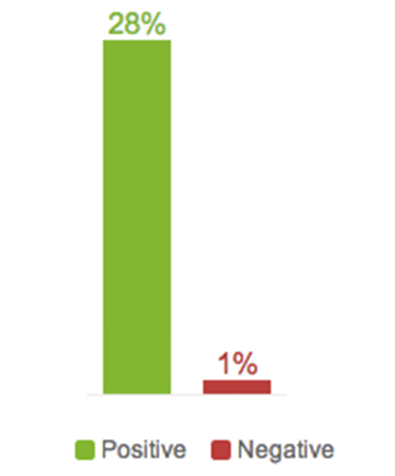 An increase in buzz surrounded the albums’ release on Monday and was maintained during the week in anticipation of their appearance at the Bank Holiday Reading & Leeds Festival.

Aside from Tom Watson, Drenge have garnered support from a range of influential voices. By ordering the below table by the number of Followers, we can see that high profile news site and blogs are commenting on the band, as well as individual DJs and bloggers.

From a PR perspective these authors are worth their weight in gold, exposing the band to an incredibly large and varied audience.

The music business has always had to react to change – new formats, new technology and new business models mean an industry in a constant state of transformation.

The internet and, more specifically, social media, has been incredibly disruptive to the music business and so labels and artists have had to adapt.

This is most evident in how labels and artists attract new audiences and for that we’ve seen an exponential rise in brand sponsorship. Brands such as Coca-Cola, O2 and Everything Everywhere, spent approximately £100million in 2012 on festival, artist and online endorsements.

For artists, this means they can leverage a big brand’s marketing budget and get exposure to new audiences. And in an attempt to align their brand with a young and increasingly solvent audience, it gives a brand a chance to appear ‘cool.’

A social media monitoring tool will enable both the brand and the label to hone in on conversations that specifically relate to the artists’ sponsorship.

By using advanced Boolean operators, brands will be able to measure the impact of their sponsorship and how they are perceived in relation to music. Similarly, labels looking to attract sponsorship can use evidence of an uplift in a brand’s share of voice, positive sentiment or new advocates to seek out other brand endorsements.

Yet, as with any industry, the music business is all about the bottom line. Promotions, brand endorsements and blogger outreach all have to deliver sales. 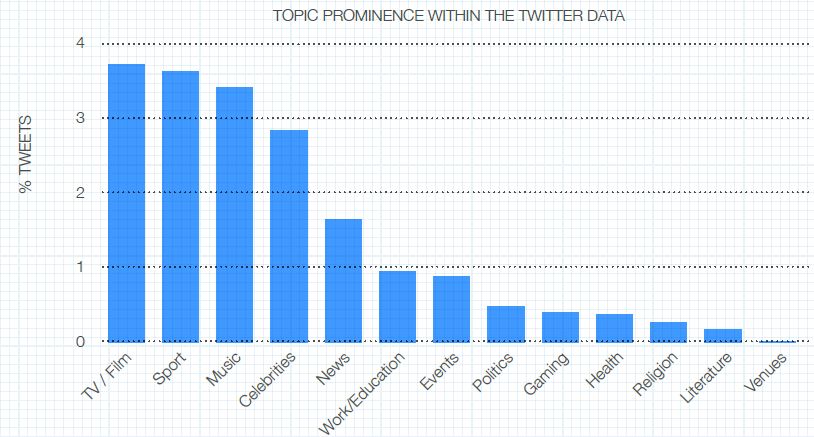 The tendency of fans to express intent to listen to, download or purchase a track is strong and provides insight into buying patterns.

As online streaming and download sites replace CD sales, analysing online consumer behaviour is increasingly important for labels as a way to identify how successful a band really is.