If we Brits are not talking about the weather, we often find something else to have a good old grumble about.

Travel is no different, especially when it comes to the dreaded commute.
Here at Brandwatch, we were assigned the task of delving into the online chatter surrounding commuter routes in order to dig a little deeper into the types of issues that commuters like to post online.

Something we always stress in our how-to posts is how research is essential when setting up an accurate query, so firstly we set upon discovering the busiest terminals and commuter routes to provide a focal point for the research.

The daily chatter for around six weeks of the Summer period was studied. This amounted to a total of around 92,000 tweets, all discussing trains, stations, routes and commutes in and out of London.

What we found was very interesting and shed light on what commuters experience on their daily route to work.

In this post we have picked our top three key findings.

The lack of air conditioning on trains in the hot weather is one of the top complaints for commuters, and it seems people are even willing to wait for trains that provide them with this perk.

@FirstCC thanks Ian. I missed the earlier train on purpose as it was an old class 319 with no air con

Tweeters referred to trains without air conditioning as ‘Bikram trains’, ‘ovens’ and ‘saunas’. Other top reasons for complaint included late-running trains, broken down trains and being late for work.

The analysis found that out of all the train providers East Coast UK was talked about in the most positive manner. Its happy commuters noted that the trains were quick, clean and the staff provided great customer service.

3. Waterloo routes are the least popular

However, according to the analysis of commuters tweets, routes in and out of Waterloo appeared to be the least popular train services. This was mainly due to delays, cancelled trains and the price of travel. 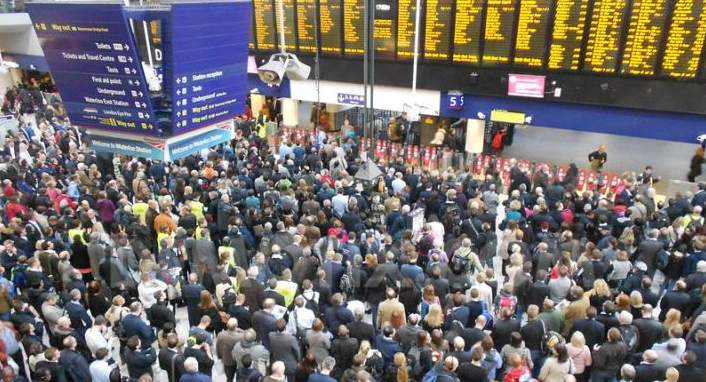 Except, it’s now more than that, much more in fact, as people are publishing their complaints online to hundreds of people.

This may pose a problem for those who are not sure how to deal with this public display of dissatisfaction, but this all depends on which way you look at it.

For train providers it is proving a great way to talk to their unhappy customers directly, addressing the problems they experience and increasing the chances that by the time they leave the train they will have ‘turned that frown, upside down’.

Find out out more about how to use social media for customer service in our free eBook.