In which we explore the constants and changes that Hannah Dempsey has experienced in her seven years at Jellyfish.

“You’re quite busy, then?” I say as Hannah finishes telling me the extent of her role and responsibilities at Jellyfish.

Hannah works in the training department at Jellyfish, which calls itself “the world’s biggest boutique agency,” teaching clients how to make the most out of social media. It’s something she knows a lot about, having spent six years growing the agency’s social media team before transitioning into training.

Alongside her training role, she’s also in charge of digital marketing for Jellyfish Training, a full on job in itself considering it’s the fastest growing department. “The number of courses are growing every month and every week,” she says.

To top it all off, Hannah’s a Girlguiding leader in her spare time. That’s a whole lot on her to do list!

With seven year’s experience at Jellyfish, Hannah’s seen many a trend in digital marketing come and go. We were keen to quiz her on what’s in and what’s out, as well as how she keeps her head in the digital marketing game to ensure she’s teaching the most up-to-date skills.

One of the first things Hannah and I discuss is what she’s seen change over her time at Jellyfish.

“When I first started it was all about the number of followers. I guess it was the Justin Bieber effect,” Hannah says.

Meanwhile, she thinks paid social has become much more important – when she first started, organic was the main focus.

“Now you’ve really got to pay to play,” she says. “That’s not to say there isn’t a place for organic. Great content will get organic results but it’s getting harder and harder.”

Given everything Hannah tells me, it would seem fair to assume that change was the only constant.

“Nothing ever stays the same,” she says.

Jellyfish Training hasn’t discontinued any courses, but they evolve over time – a social media basics course will look very different now than it did four years ago.

One of the most frustrating things about the continuous changes is creating resources for courses. They can’t print bulk orders of manuals or brochures on social since they seem to go out of date so quickly.

That said, some courses will always do well and Google Analytics (GA) is one of them. While lots of people think they know what they’re doing with GA, Hannah says that once you speak to them about all the possibilities they suddenly realize that they’re barely scratching the surface.

Something I’m keen to ask Hannah about is the courses that she expects to grow over the next year.

Her answer surprised me – it’s the classic graphic design skills in tools like Photoshop and Illustrator, she says.

“There’s a real opportunity for social media marketers to make their own assets. The need for great content is greater than ever before.”

It’s true, especially when it comes to reactive content that needs to go out quickly and doesn’t always match up with design team schedules. I totally agree – our content team’s ability to quickly churn out neat social data charts about trending topics helps our blog posts take off before trends pass by.

While paid social and moving towards engaged audiences over large follower accounts are big focuses right now, I want to know what clients are asking about most. It turns out brand voice is particularly important for many of the people Hannah meets.

The problem (or opportunity) with social is that it stretches the boundaries when it comes to more traditional brand voices. While audiences might expect a lighter tone on social, how far can a legacy brand go before they get a negative reaction?

“People expect consistency on brand voice, so if you do something too whacky they could lose trust with you.”

Hannah says that Tesco is a brand that does this particularly well – they’re able to stick to their helpful and friendly brand voice that everyone expects, but also adapt to engage in friendly banter with customers. 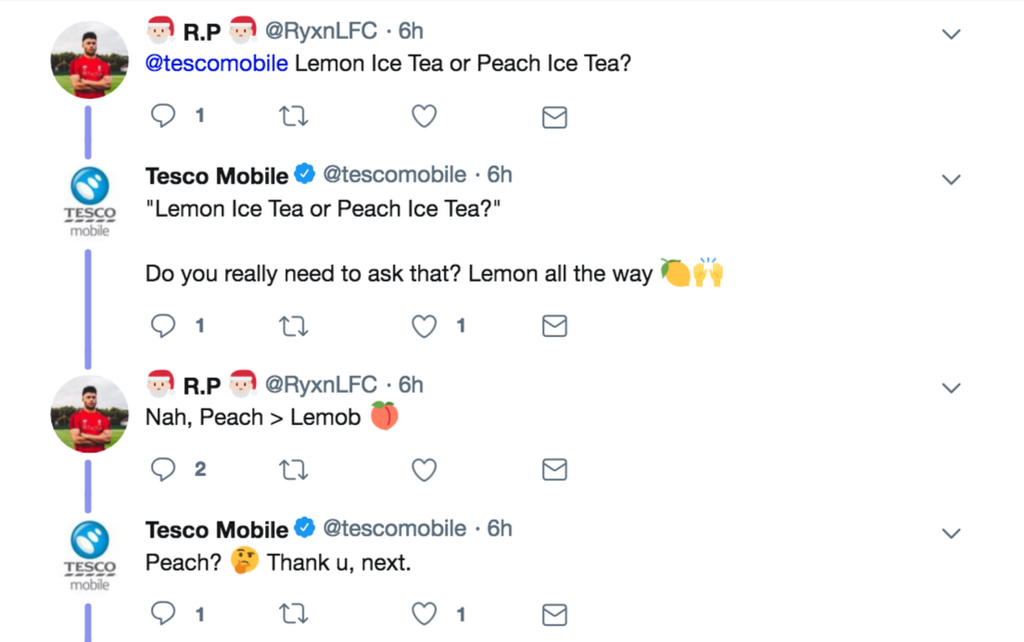 Being the coach and a player

Jellyfish Training has a variety of trainers who are constantly travelling all over the world, but Hannah says it’s important for them to take breaks from their training schedules to take development days within agency or taking client calls or working on side projects. “You’ve got to keep your hand in,” she says.

The practice of what she teaches is what helps her deliver the best training to her clients.

“The higher up I got in my career I realised the less work I was doing – the less learning. It’s great being a line manager but I missed the work. When training you need the first-hand knowledge”

Given her schedule I’m surprised Hannah was able to fit me in for an interview, but I’m very glad she did!

You can find Hannah on LinkedIn here and find out more about Jellyfish Training here.