Though the first dinosaurs appeared about 243 million years ago, they remain as prominent as ever today.

Thanks to museums, books, and pop culture, dinosaurs remain larger-than-life. However, some cynics are not so sure that dinosaurs ever existed.

There is a group of people who doubt dinosaurs’ existence, despite the plethora of scientific evidence. How do these dino doubters formulate their opinions? Is their conspiracy gaining traction? We explored the online conversation about this conspiracy theory.

Is this the real life? Is this just fantasy?

Looking at data since 2012, the “dinosaurs aren’t real” discussion truly took off in June 2015. What led to this dramatic increase in conversation?

None other than the movie “Jurassic World.”

The realistic CGI employed in the film made some people wonder if dinosaurs have ever trod this earth. This overlapped with the discussion about the film not using real dinosaurs, with PETA chiming in about not needing to use real animals for movie production due to better technology.

#JurassicWorld is PROOF that CGI is amazing & you don't need to use real animals to make a great movie. pic.twitter.com/PB6vCHlaQU

Around the time of Jurassic World’s release, dinosaur skeptics began voicing their opinions in droves.

Energized by the movie, conspiracists took to social media like pterodactyls soaring through the sky.

Is it weird that I don't believe in dinosaurs? The whole dinosaur thing screams "elaborate hoax" to me.

Now that we know there is a significant number of people who believe dinosaurs never existed, what motivates their thinking?

How did they jump to such conclusions? We delved into the top discussion topics related to the conversation about dinosaurs not existing. 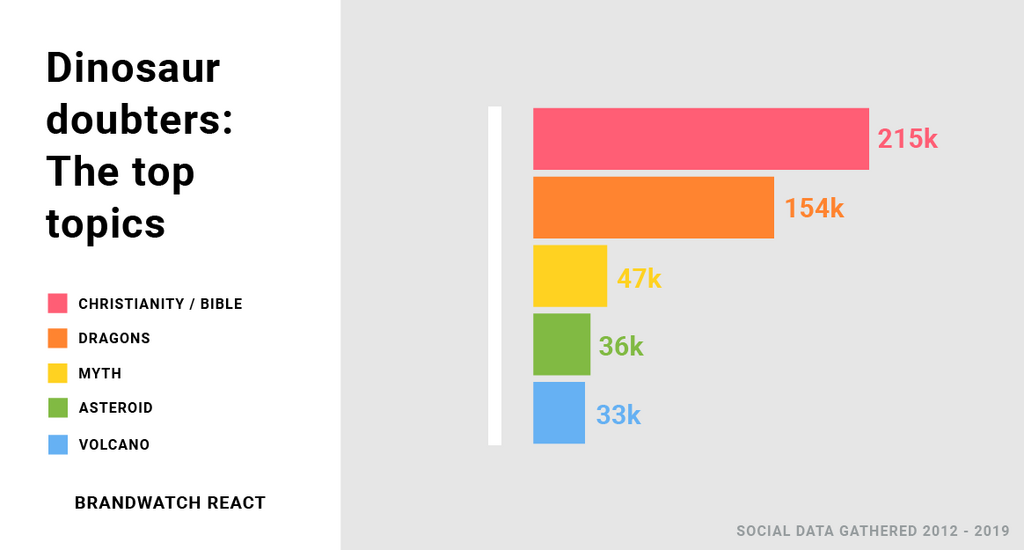 A good bulk of the conversation is religiously motivated. Many people cite Christianity as a reason they don’t think dinosaurs existed, as well as for doubting evolution.

Meanwhile, others think that (like dragons), dinosaurs are mythological creatures. People frequently draw comparisons between the two.

Now that we’ve learned what dinosaur doubters rally around, it’s time to find out who they are.

We looked into demographics and affinities to gain a clearer picture of who is most likely to discuss dinosaur conspiracy theories.

The interests of those discussing dinosaurs not being real 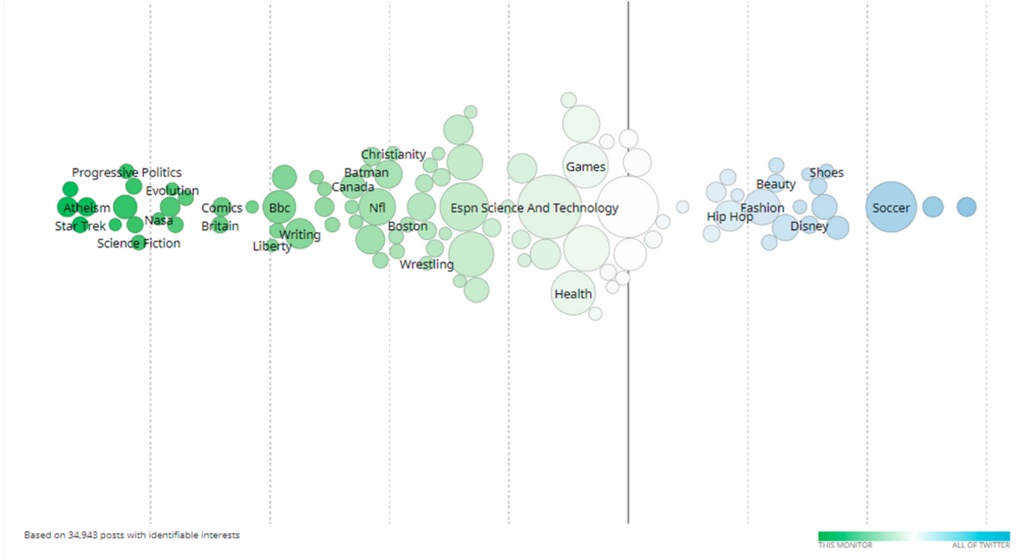 There are so many conspiracy theories – some that are intriguing and prompt questions, and others are just bonkers. We’ll let you make your own mind up on this one.

By sifting through social media data, we are able to learn about how impactful the dinosaur conspiracy theory is, who it’s reaching, what the main topics are, and the people instigating this theory.

This particular conspiracy theory may be for a niche audience, but the conspirators are passionate and steadfast in their beliefs.