Back to Work: The CMO View of Remote Work

For those used to sitting in a busy office, Covid-19 has totally transformed the way we work. Here, we’ll study social conversations from CMOs compared to the general population to get their unique take on the future of the office

For many, Brandwatchers included, the office is no longer a place we regularly frequent.

While desk plants wilted the world over, Covid-19 forced a remote working experiment on a massive scale. While offices are reopening, it’s clear that things will never be quite the same.

In this blog post, we’re using Brandwatch’s new Social Panels feature to understand how different groups of people are thinking about returning to the office.

With Social Panels, you can study and compare conversations coming from different groups that you define. You can split panels out by job title, by interest, by location, and much more. You can read more here if you’re interested in how it works.

How do their views compare?

Working from home: Good or bad?

Generally speaking, CMOs are more likely to be happy about working from home than the population generally. They had a far higher percentage of conversation classified as containing joy, and they were less likely than the general population to express anger or sadness around it.

What are the most prominent topics in conversations around working from home for our two groups? We took a look at topics that were fading and trending.

Key themes from general population conversations on working from home 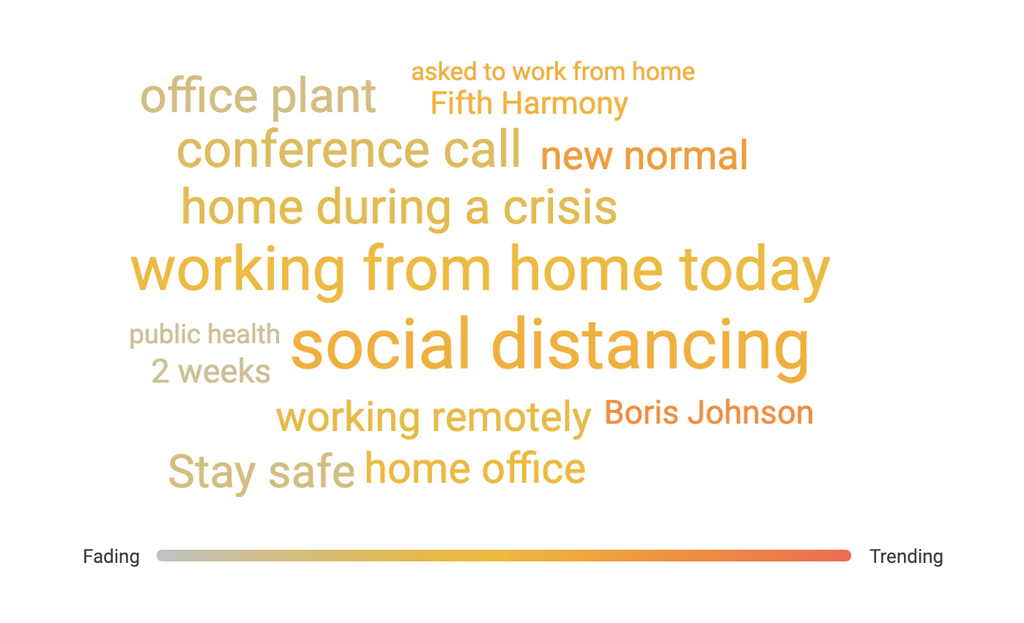 Key themes from CMO conversations about working from home 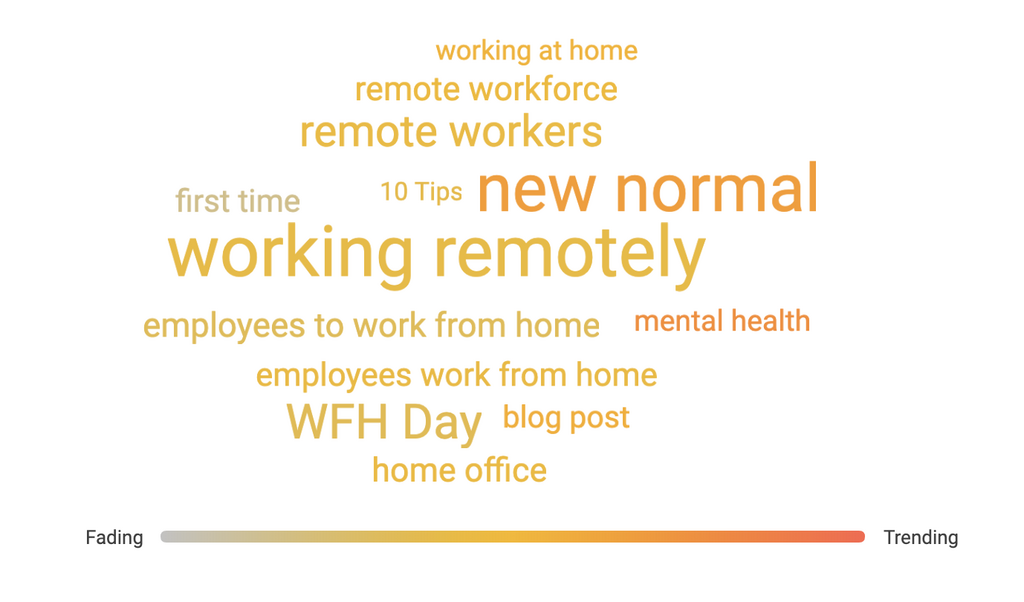 For the general population, a lot of the conversation focused on government measures, many of which asked employees to work from home where possible. There’s also reference to Fifth Harmony’s song ‘Work From Home’, which came out in 2016 and has seen renewed interest in lockdown months.

Amusingly, among general population conversation, concern for office plants was palpable at the beginning of lockdown. Many, on returning to their offices (either permanently or for quick visits), took to Twitter to share images of sad looking office plants that had gone a long time without water. Lots of people also shared their sometimes humorous, sometimes challenging, experiences of taking conference calls from home – something many had not experienced before.

For CMOs, there’s a different set of priorities. Many penned their own thoughts on the remote working trend and shared blog posts, while ‘home office’ was a trend for a time. Mental health is something that’s begun to pick up speed in CMO conversations around working from home, with some sharing tips on the subject.

For both groups, ‘new normal’ came up as a topic of interest. This is more prominent in CMO conversation – a higher percentage of their tweets contained “new normal” or #newnormal compared to those from the general population. This suggests that CMOs are more likely to be treating remote work as a long term reality for them – especially when they’re upgrading their home offices to accommodate for that.

The future of remote working

By the look of online conversations, CMOs in general (particularly in relation to the general population) seem to be at home with the idea of remote work. Instead of worrying about technology, they’re upgrading their home offices. Instead of referencing the crisis, they’re writing and talking contentedly about the ‘new normal’.

If these indications are anything to go by, CMOs will be among the leaders who champion remote work in the future – even when it’s no longer necessary.

Want to learn more about what CMOs are talking about? What about CEOs, or florists, or gaming superfans? Check out Social Panels to find out more.

To understand unique groups of people, many brands turn to traditional market research methods like street polling, surveys, and focus groups. But can these age-old approaches keep up with today’s ever-changing consumer?.