The Brandwatch React team monitors how the internet reacts to Game of Thrones season 7 episode 7, The Dragon & The Wolf, minute-by-minute. Beware: spoilers!

Episode seven of Game of Thrones Season 7, The Dragon & The Wolf (the season finale) has finally graced our screens.

We, of course, have the data. 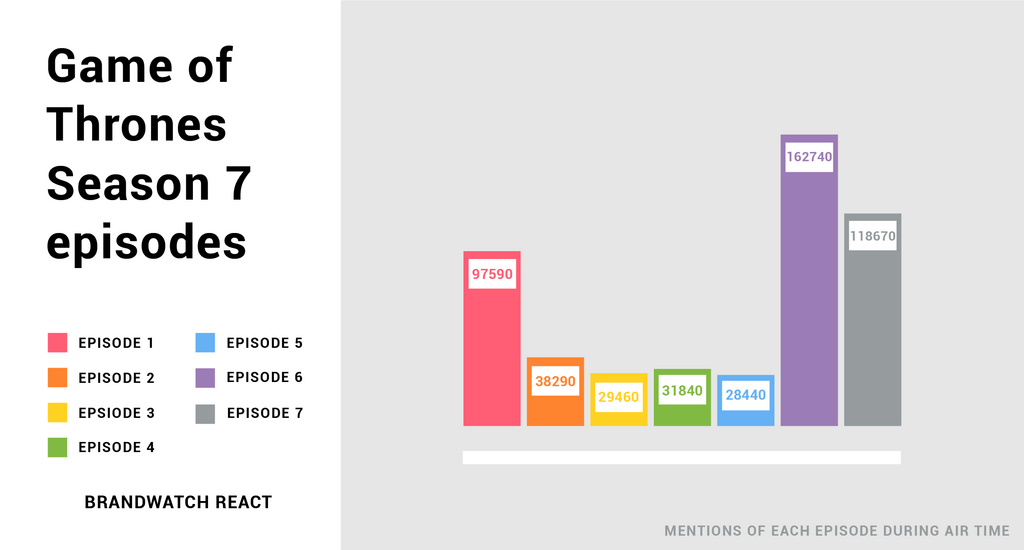 You can check out our social data run-downs of all of the episodes this season here:

The Internet Reacts to Game of Thrones Season 7, Episode 6: Beyond the Wall

The Brandwatch React team monitors how the internet reacts to Game of Thrones season 7 episode 6, Beyond the Wall, minute-by-minute. Beware: spoilers!

9pm-9.45pm are fairly tame on social compared to the finale.

The most surprising thing about this chart is that Jon Snow isn’t the number one character – a very rare occurrence this season.

Instead, it’s Petyr Baelish…Curious, if you’ve not seen the episode yet. 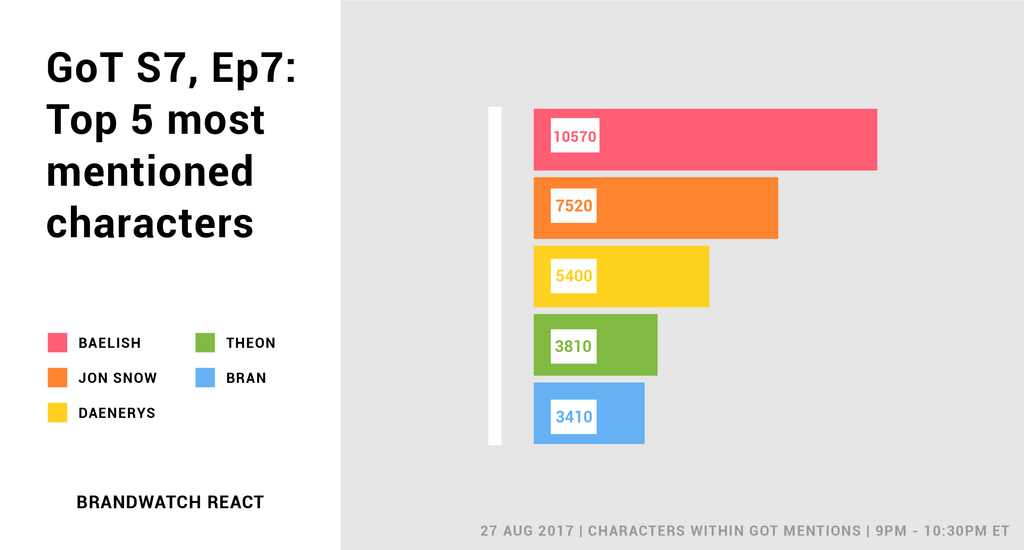 Arya and Sansa, who have been regulars in the top five this season don’t get much traction this episode. Meanwhile, Jon Snow and Daenerys, who are always near the top, are at 2nd and 3rd.

Euron’s uncharacteristic departure from the council meeting after seeing a wight confused fans (although the truth would soon be revealed).

Theon earns Jon Snow’s forgiveness and convinces his men to help him rescue his sister Yara, who Euron claims is still alive.

Awks, although incest doesn’t seem like much of a big deal anymore in GoT.

1. Viserion obliterates The Wall with blue fire and opens a path for the White Walkers (10:24pm ET, around 4,000 mentions)

Snow fell on Kings Landing, the White Walkers have got past The Wall, Cersei is her usual scheming self, Jon Snow and Daenerys may have to face the Night King’s massive army without any help from the Lannisters’ Army. Sounds like the perfect set up for season 8.

We’ll be marking the end of the season with a full social data round-up of the biggest moments and audience reaction in a Facebook Live session on Wednesday 30th August and with a final blog post. It’s been a pleasure serving you data this season.

Our coverage of Game of Thrones data spans years, and we have a huge archive of season and episode specific data over at react.brandwatch.com/gameofthrones. Our wavey data visualizations have been covering season 7 as it goes on. (Note: You may notice some subtle differences in how the viz looks to how the charts in blogs do – we’re using slightly different methods of tracking character mentions). 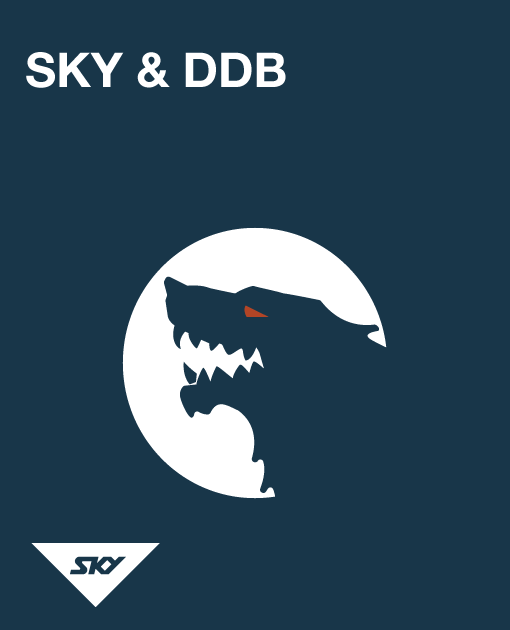