Real-time and responsive marketing can be powerful methods, but pitfalls await those who don't prepare properly. Case studies show the dos and don'ts of this tactic

Recent years have seen the growth of real-time and responsive marketing, as brands attempt to create shareable, up to the minute content that complements more traditional advertising campaigns.

These approaches demand timely and relevant content, placing your brand at the centre of unfolding conversations on social.

The appeal lies in the potential for great ROI. One person sending a well-crafted tweet that goes viral can have as much impact as a costly paid ad, all while showing a more human side to the brand and placing it at the centre of current trends.

However, the need to publish quickly can mean a lack of editorial checks, making it a high-risk approach.

Reputational damage is amplified as poorly chosen or offensive content spreads through social media. The history of real-time marketing has seen some spectacular fails that illustrate this.

We take a look at the differences between the two methods, and some of the successes and failures of the past few years.

Real-time marketing is an opportunistic discipline, where marketers will jump on a current event or trending story to create a relevant piece of content that ties the brand to the event.

It is a fairly new tactic for marketers, who traditionally have a campaign well planned out in advance of launch.

Real-time content is often lighthearted and humorous, and if created and published in a timely manner fits in well with the always on, always updated nature of social. When executed well, these ingredients give it the potential to go viral.

Possibly the best example is Oreo’s now-famous ‘dunk in the dark’ tweet. During Super Bowl XLVII the lights in the stadium went out for 34 minutes, enough time for Oreo to create the tweet and supercharge real-time marketing. 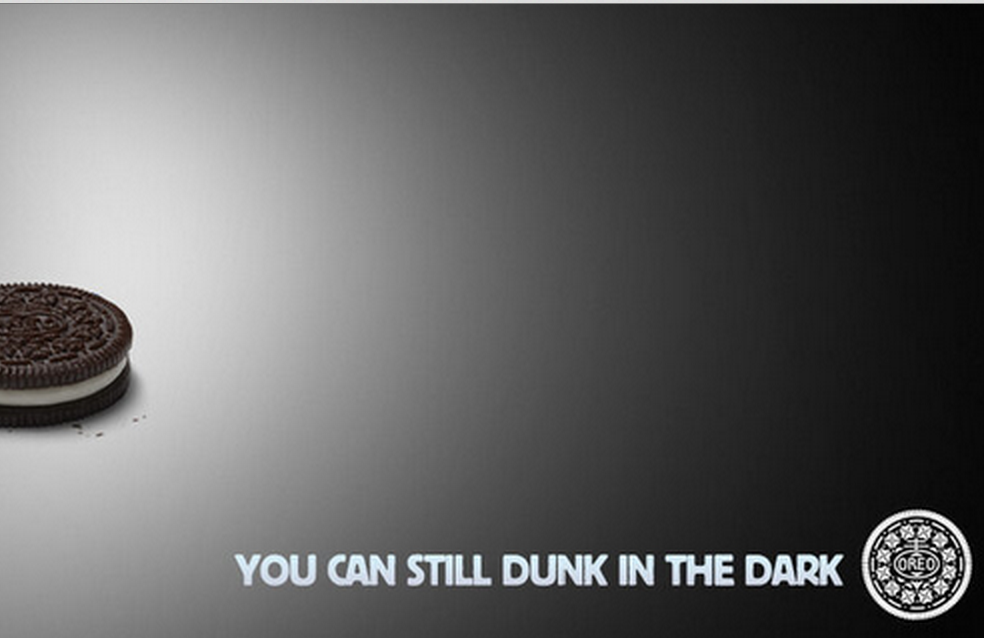 The fact it happened during the Super Bowl, when TV advertising is at its most expensive, highlighted the ROI opportunities available from real-time marketing.

The perils of real-time marketing

While it may have advantages, the wins are likely to be short-lived compared to a planned, ongoing campaign.

It also relies heavily on good fortune, as brands can be dependent on the right kind of story breaking that could be relevant to the brand, and lighthearted enough to be taken advantage of.

The Oreo tweet worked because it was relevant, witty and new.

However, because it worked so well it created something of a storm in marketing, and soon every major event became a vehicle for real-time content. The landscape got cluttered, making it harder to stand out from the crowd.

In fact, the following Super Bowl saw so many companies trying to recreate Oreo’s success that their efforts fell flat.

One of the major drawbacks is this is a high risk strategy.

The wrong tone or the wrong event can create a backlash that damages reputation, and with little time to edit there have been some almost unbelievable fails. 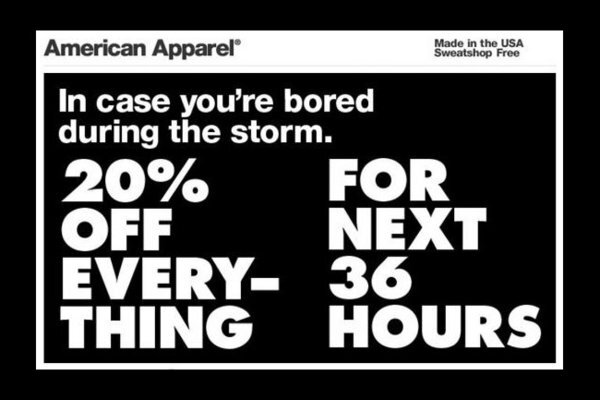 American Apparel’s decision to promote a Hurricane Sandy sale was insensitive at best, appearing to make light of an event that was causing untold damage and taking people’s lives.

Responsive marketing is a strategy that eliminates some of the potential pitfalls by merging traditional, planned campaigns with a more up to the minute strategy.

Without going fully real-time, marketers can use events they know will be happening in advance to develop content that will be relevant to the conversation once it begins.

While real-time content should be introduced where necessary to maximize the relevancy of the content, the existence of predeveloped media makes the process much easier. Preparing media can also allow you to develop richer, higher quality content.

Pantene demonstrated this in their recent campaigns covering the Oscars.

The red carpet is a hot topic at any awards ceremony – most specifically the dresses and hairstyles of the stars on parade.

Knowing this, Pantene planned a campaign around the hashtag #wantthathair, tweeting behind the scenes images of stars and guides on how to get the look. They also created content to include stories they hadn’t planned for, filling gaps and giving the whole campaign a reactive edge. 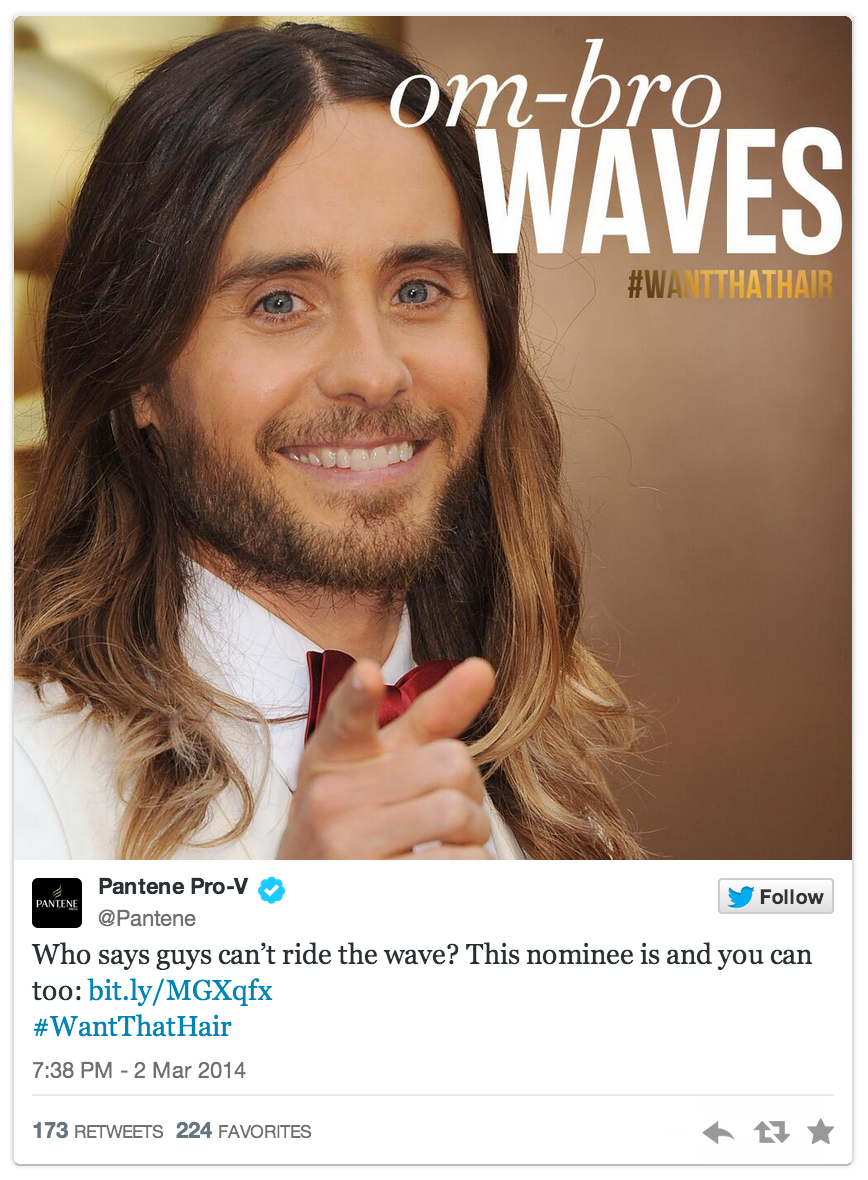 The mix of planned and real-time responses allowed them to be at the forefront of the conversation without a single misplaced tweet.

This campaign illustrates another advantage of responsive marketing: longevity.

While true real-time marketing tends to be here today gone tomorrow, Pantene successfully used the campaign during the 2013 and 2014 Oscars, and the hashtag continued to trend during the 2015 Oscars despite no official support from them.

Oreo’s blackout moment wasn’t their only success. The company also ran a successful responsive marketing campaign to celebrate their 100th birthday. Their approach was also adaptive, using some planned events alongside events that were trending that day, allowing them to take advantage of events that lent themselves to the campaign, but to use planned events if necessary.

There are still potential problems with this strategy, of course.

The Pantene campaign worked because it targeted an event that was relevant to the brand and mattered to its audience. Whether real-time or responsive, shoehorning content into an irrelevant event will not resonate with customers.

If you have planned a whole campaign around an event and nobody engages with it you can struggle to adapt your strategy, whereas the short lived nature of real-time content means you can move onto the next attempt.

Real-time vs responsive marketing: weighing it up

As we’ve discussed, real-time marketing can be run by a single person on Twitter, a campaign has the potential to go viral, and have good ROI potential. These are all clear wins.

The cons list to be mindful of is a little longer. Brands can lack editorial control, and be reliant on luck. Organizations could potentially unwittingly create a backlash, and are competing with a lot of other noise.

The positive aspects of responsive marketing include the ability to engage with current events, that there is less chance for a brand to make a hasty mistake, that content has a longer shelf life, and brands could even incorporate audience research into campaigns.

But it’s important to remember that it’s hard to change direction if content isn’t landing, and what is being pushed out still needs to be relevant to the audience.

While it is desirable to have relevant content that is ripe for sharing, the rush to be the most up to the minute creates its own pitfalls.

The emergence of responsive marketing has enabled brands to engage with events that resonate with their customers, while retaining a degree of planning and control to deliver higher quality content with less risk.

To know what will resonate with customers, brands must know their audience and what their interests are.

Brandwatch Analytics allows you to learn about the people behind the numbers, providing demographic data about your audience and individual tweeters by giving you insights into gender, interests, profession and location. Using these insights to guide your strategy makes sure that when you talk, your audience wants to listen.