Which Brands Do Car Enthusiasts Care About Most?

The Brandwatch React team go in search of the auto brands favored by self-identifying car enthusiasts, as well as finding influencers within the car crazy audience.

The internet has seen vast forums open up for hobbyists and fans from all kinds of fields, from veganism to bronies.

Realizing that the list of our more obscure analyses of niche groups was beginning to outweigh the more common ones, we decided we’d take a look at car enthusiasts. Mainly because that’s a normal thing and we want to look normal, but also because there are thousands of self-identifying car enthusiasts online and exploring their preferences and demographics seemed like an interesting idea.

So, the Brandwatch React team went in search not of Beliebers or Potterheads or Swifties but, instead, car enthusiasts.

Using a nifty tool called Brandwatch Audiences, it’s easy to find people who are fans of particular niches simply by searching for people with words relating to that niche in their Twitter bios or tweets.

For this analysis, we looked for people based in the US with “car enthusiast” (duh), “love cars”, “love classic cars”, “car crazy” etc. etc. in their Twitter bios. Audiences returned us a list of 8,774 people, ranked by how influential they are.

So, to give you a quick idea of who might be included, here are the top 10 most influential car enthusiasts we found. They’re an incredibly mixed bunch.

The full audience, much like the above list skewed heavily towards male authors (Brandwatch analysis found that roughly 85% of gender-categorized authors were male).

We also found that the audience over-indexed against the general Twitter population for interests like sport, family, games and technology.

Using Brandwatch Audiences we’re also able to look at the followings of Twitter accounts. Crossing this over with our car enthusiast data, we were able to see what percentage of the car enthusiast audience also followed major car brands.

We searched for 37 major car brands (chosen for their presence in online lists of valuable car brands and prominent logos), using both their global and their USA accounts, or either if only one exists. This helped us find the top ten most followed car brands among our car enthusiast audience: 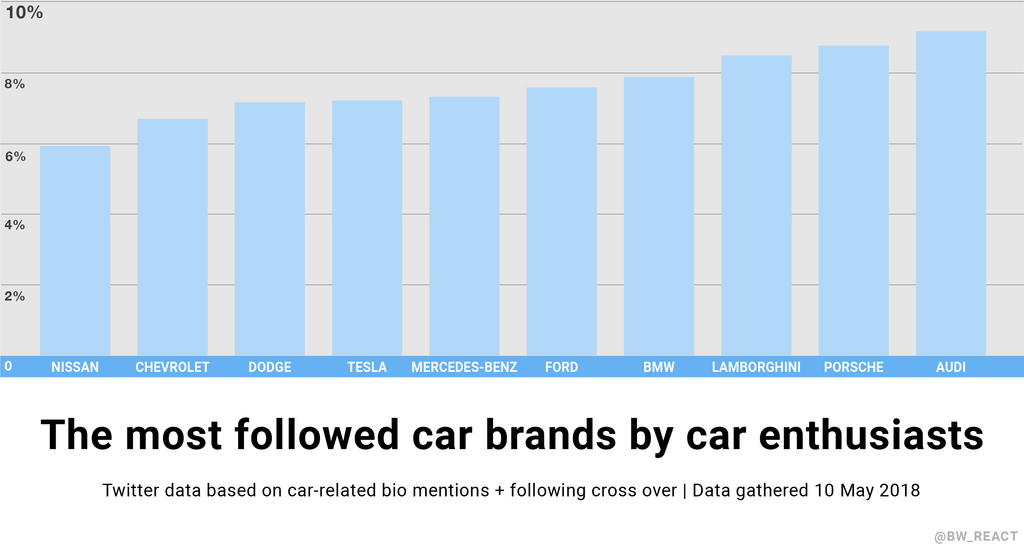 Audi came out on top, followed closely by Porsche and Lamborghini, while there’s an interesting mix of brands best known for their luxury cars vs more affordable options.

Social Insights on the Automotive Industry 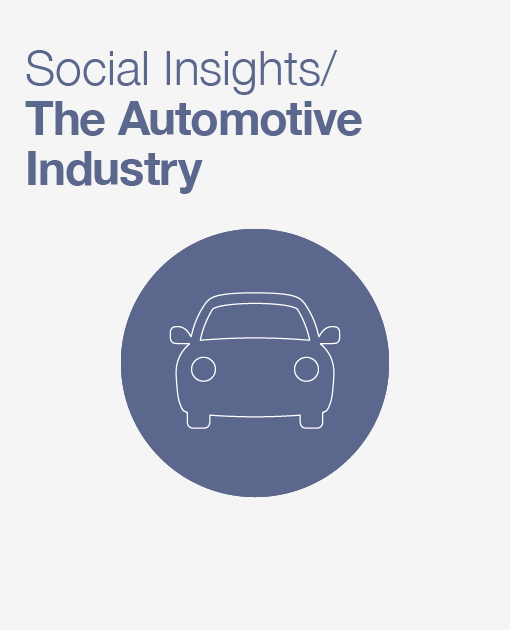