How to Create an Interactive Social Campaign to Promote Your Brand

Why is an interactive social campaign so powerful? Let’s take a look at a few brands that get it right to see why.

Sure, updating your social media feeds frequently is essential for staying on top of your followers’ minds, but if you’re just sticking to text — or, really, if you’re sharing only one kind of content — you’re not making the most of the platform. Why?

For one thing, social media is becoming increasingly visual, with brands turning to photos and videos to tell their stories. That’s probably because visual posts garner far more views, favorites/likes, and shares.

But just what constitutes an interactive social campaign, and why are they so powerful? Let’s take a look at a few brands that get it right to see why.

This Vine may be short and sweet (like all Vines), but it’s as attention-grabbing as can be. In a sped-up video, a model/cookie genius disassembles an Oreo, breaks it into pieces, and then puts these pieces into a pepper grinder to create Oreo sprinkles. Genius!

This Vine has a clear grasp of its audience, and is imbued with more than enough internet quirkiness. As such, it’s not surprising that it’s already looped over 100,000 and had over 500 likes and 220 Twitter shares.

That’s a lot of reach for such a simple video, and it shows that this is far more engaging than, say, a blogpost on the topic. In just a few seconds, we’re introduced to instant, visual communication about a scrumptious idea we can easily replicate at home.

Try doing that with a traditional recipe!

As part of its wider content strategy, the mobile phone security experts, Lookout, do an excellent job of maintaining a vibrant resource center on its site.

However, while this resource center is rich, the company very wisely uses it not as an end but as a springboard for other marketing means.

For example, for the World Cup, the company turned a written resource on stolen phones into an interactive SlideShare guide on how to keep your phone and personal data safe during the matches.

On this much wider platform (wider, that is, than the company’s own site and social media feeds), the guide itself greatly increased its reach — all the more so when SlideShare featured the guide in its “SlideShare Today” account on Twitter. 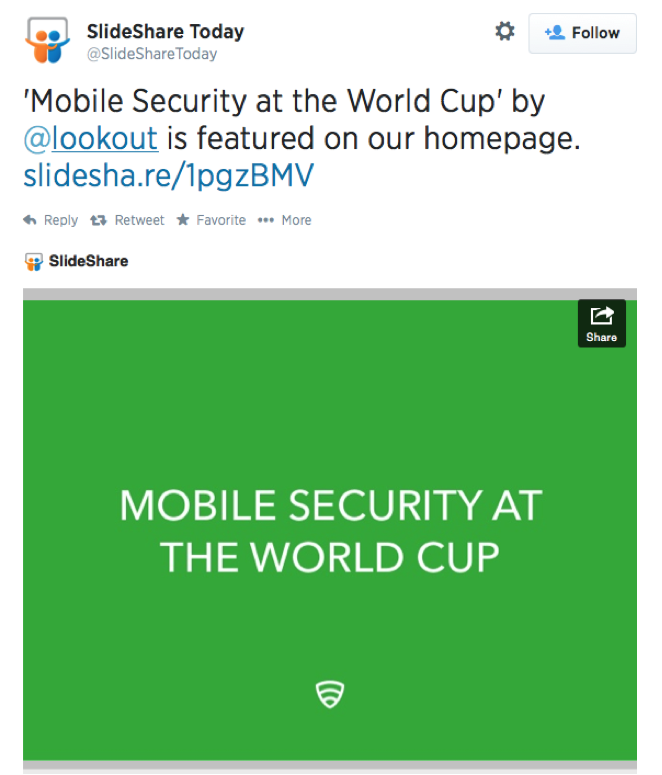 Lookout managed to take their core content and deepen its impact by communicating the information in a visually compelling and interactive manner that’s addresses how social media users want to interact with information.

They covered all of their bases, and they got the very most of a single piece of content.

But creating an interactive social campaign doesn’t always mean literally creating your own unique content, like with Oreo and Lookout.

If you haven’t noticed, Brandwatch does an excellent job of creating visually compelling and engaging social media feeds by sharing third party content and promoting their take of “cool things we found on the internet”.

Just take a look at a few screenshots I captured from Twitter: 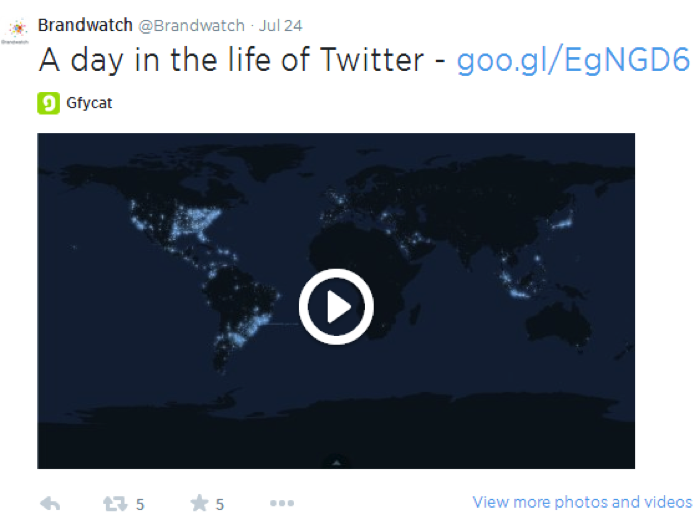 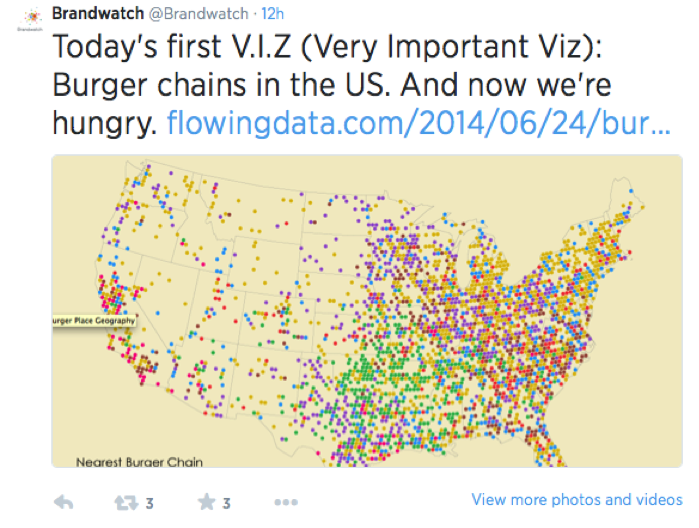 These eye-catching and visually informative third party shares still reinforce the brand as a social listening wizard by creating a social campaign on just that: listening to other feeds and sharing.

Compare this feed to any run of the mill, picture-free company Twitter feed, and you’re bound to see far more retweets and favorites with the former.

How to Get Your Brand on the Interactive Social Train

1/ Think of a Theme for Your Brand or Campaign

As you saw with the Lookout example, a single piece of social content can have many different manifestations. As such, it’s best to start by defining what the core of your social media and content marketing efforts will be about.

For Oreo, that means fun, playful and sometimes even satirical guides to interacting with the brand.

In Lookout’s case, it’s expert content, sometimes in the form of how-tos or tips. Brandwatch does something very similar, adding seminars, video tutorials and expert opinion pieces into the mix.

2/ Take a Look at the Channels Available to You

Much of this creativity arises from the channels that are available to you, as they guide you into creating new takes tailored specifically for these venues.

That Oreo tutorial, for example, works great as a Vine, but it could also take the form of user generated photos on Instagram, a satirical tutorial on SlideShare, or even a funny in-depth vlog on their website or YouTube.

All of these different manifestations of the campaign, in turn, will create their own different conversations among their respected audience.

By tapping into different social channels in displaying your social campaign, you’ll reap a higher chance at gaining a greater reach and acquiring more engagement.

Interactive social campaigns are the ideal way to promote your brand for one obvious reason: they’re interactive, which means they’re inherently more engaging.

Have you seen any brands doing interactive social campaigns really well? Share in the comments below!