Brandwatch React interviews @JBCrewdotcom on building their following and the challenges that come with being a hugely influential fan account on Twitter.

If you thought all Justin Bieber fans were dumb little girls this article will change your mind.

In 2011 a 13-year-old named Lauren Porteous set up a website dedicated to a 17-year-old Justin Bieber.

In case you don’t remember, this is what Justin Bieber looked like in 2011.

Fast forward to 2016 and, now 18, Lauren heads up the global team behind JustinBieberCrew.com, a fan site with a Twitter following of over 400k people.

@JBCrewdotcom recently appeared in our list of the top 10 most influential Beliebers on Twitter and they even got invited to the 2016 Billboard Music Awards.

We wanted to find out what it was like to build and manage a hugely influential fan account that tweets live updates twenty four hours a day, and see what can be learned from the Justin Bieber Crew success story.

We interviewed Lauren Porteous on how she built JustinBieberCrew.com, the challenges they face and the dealings they’ve had with Mr Bieber himself.

“I was determined to succeed”

Lauren spent her younger years making Club Penguin webpages and social media accounts, but getting JustinBieberCrew.com off the ground was a struggle and the first iteration failed.

It began as a place where Bieber fans could sign up and write articles but, despite all her promotional efforts, writer numbers began to dwindle and it just wasn’t going anywhere.

She told us “after around a year, I decided I wanted to give it another try…I wanted to make this work. I was determined to succeed.”

She decided to relaunch the site as a place that posted updates about Bieber’s life and boosted the website’s views by convincing fans to have her articles automatically post on their Twitter feeds. Meanwhile, she starting to build a committed team that worked on stronger content.

Lauren had already built a following of 20k on her own account @BieberJiebers (which now has over 35k) but starting from scratch with @JBCrewdotcom wasn’t an immediate success. It took all her focus and a lot of schmoozing with larger accounts to start to build a bigger audience.

Lauren also experimented with logos, encouraging fans to use the images she’d created on their own profiles to spread the word (with the incentive of potentially attracting the attention of Bieber).

The early logos, compared to the now polished account, are pretty hilarious. 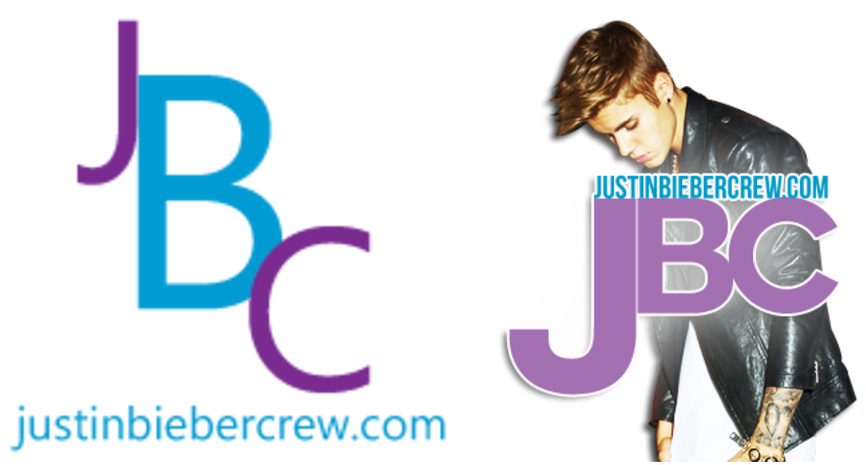 She also trialled new team members to work on keeping the account up to date and kept the people who worked best.

Despite it being early days, one month in 2013 the account exploded as they gained 14k followers, including from Justin Bieber and Scooter Braun.

“Our phones are constantly flashing”

The team is now made up of five members from all over the world with ages ranging from 16 to 19.

They tweet around the clock, sticking to a schedule that ensures there is always coverage, and the team is glued to Bieber news to make sure they can get reliable and confirmed updates out fast.

“We use TweetDeck most of the time and have our interactions filtered so we only see our mentions, quotes and new followers. If we use our Twitter app, our phones freeze quite regularly.

For example, if I wanted to check mentions from last night I wouldn’t be able to because they’d be so far down! We also get push notifications for the people we follow who tweet us which is why we don’t follow many people, and also all direct messages.”

We’ve had a lot of hate during the past few years, which is annoying because we put so much time and effort into what we do. People don’t understand that it actually does affect us; instead they think it’s cool to send negative tweets to get retweets and attention. If we didn’t put as much effort in and still got hate, I don’t think it would affect us as much as it does. I’ve had a little cry here and there when it gets too much and I’m just staring at a bunch of hateful mentions.

The constant notifications and hardship are worth it for the team, though.

They hit 100k followers around a year after their Twitter launch and grow at 10-25k followers per month.

“It just happens organically. We don’t beg or ask for followers. All we do is tweet Justin Bieber news and updates, and if people like them, they can follow. If they don’t, they can ignore or unfollow,” says Lauren.

Lauren says that Justin Bieber often interacts with the account and various members of the JBCrew team have met the star. They’ve even been invited to represent the Bieber fandom at the iHeartAwards and the Billboard Music Awards in 2016.

If you manage social media accounts yourself, reading the engagement stats @JBCrewdotcom can boast will probably make your eyes water.

In terms of numbers and statistics, a successful Twitter day would probably be around 100,000 retweets, 130,000 likes and around 11 million impressions, after looking at my Twitter Analytics. But I mostly care about mentions and positive tweets which are directed to us, rather than the number of retweets, likes or followers we receive!

These might be huge numbers, but Lauren insists it’s not a competition with other Bieber fan accounts anymore.

“In the past, yes, there used to be competition. But I think we’re all too old and mature for controversy and negativity, because we’re all here for the same thing. Other pages work hard. We work hard. So in the end, it doesn’t really matter.”

The Crew plans to do a whole lot more giveaways, which get them huge engagement.

I would love to see @JBCrewdotcom increase in size and popularity as time goes on, instead of the opposite. I just love knowing that people come to us for their daily dose of Bieber news and updates – I like helping people out in that sense. I also hope to do a lot more Justin Bieber giveaways to help those who can’t see him or can’t afford products related to him. Seeing the winners’ reactions is priceless… It’s the reason we do giveaways.

Using data to inform decisions might be one reason the project has been so successful.

“We realized from our impressions and views that people just preferred coming to our Twitter for updates, rather than reading lengthy articles from our page. So I then came to the decision to remove all articles from the page and to just focus on something else.”

The team is now thinking of opening a Justin Bieber merchandise store on their site that would put proceeds towards Pencils Of Promise, a charity associated with Bieber.

With a huge following and talented digital illustrator Julieta already onboard it could be a huge success.