We’re well aware of the highs and lows of B2B social media marketing, given that that is what we do ourselves, so a new report showing how companies are faring piqued our interest.

B2B Marketing have released this interesting infographic (below), based on findings from their Social Media Benchmarking Report. It shows that social media is still a maturing channel for marketing in the B2B world, but there are still many areas of improvement to be had.

When it comes to social strategy, it seems that B2B companies haven’t quite got the hang of planning their social marketing; only 38% said they had a defined strategy, with a huge 61% saying it was ‘ad-hoc’. They do, however, largely think that social media is important or at least of some importance, so that’s a step in the right direction.

Perhaps unsurprisingly, Twitter was the most popular platform, with 85% of respondents using it for their marketing. Facebook was only fourth most popular, after LinkedIn and YouTube, with Google+ lagging behind in last place.

But it’s not all bad for Google+, as 29% of those surveyed said they though that in 12 months the platform would be the most useful channel, compared to just 9% saying it was so right now.

So what are the objectives of social B2B marketing? The top three were:

Therefore, it’s no surprise that primary measurement focus was on website traffic, though we’re a little miffed that some are still chasing vanity metrics, with the number of followers being the second most common measurement focus. Content downloads and leads generated were third and fourth on the list.

Seems some are still finding it tricky to measure ROI though (haven’t they read all our wonderful resources?!) with 44% saying they rarely or could never calculate ROI, and a further 30% saying they could only ‘some’ of the time. Only 1% say they can completely calculate ROI, so looks like this is still and area that B2B companies need to work on! 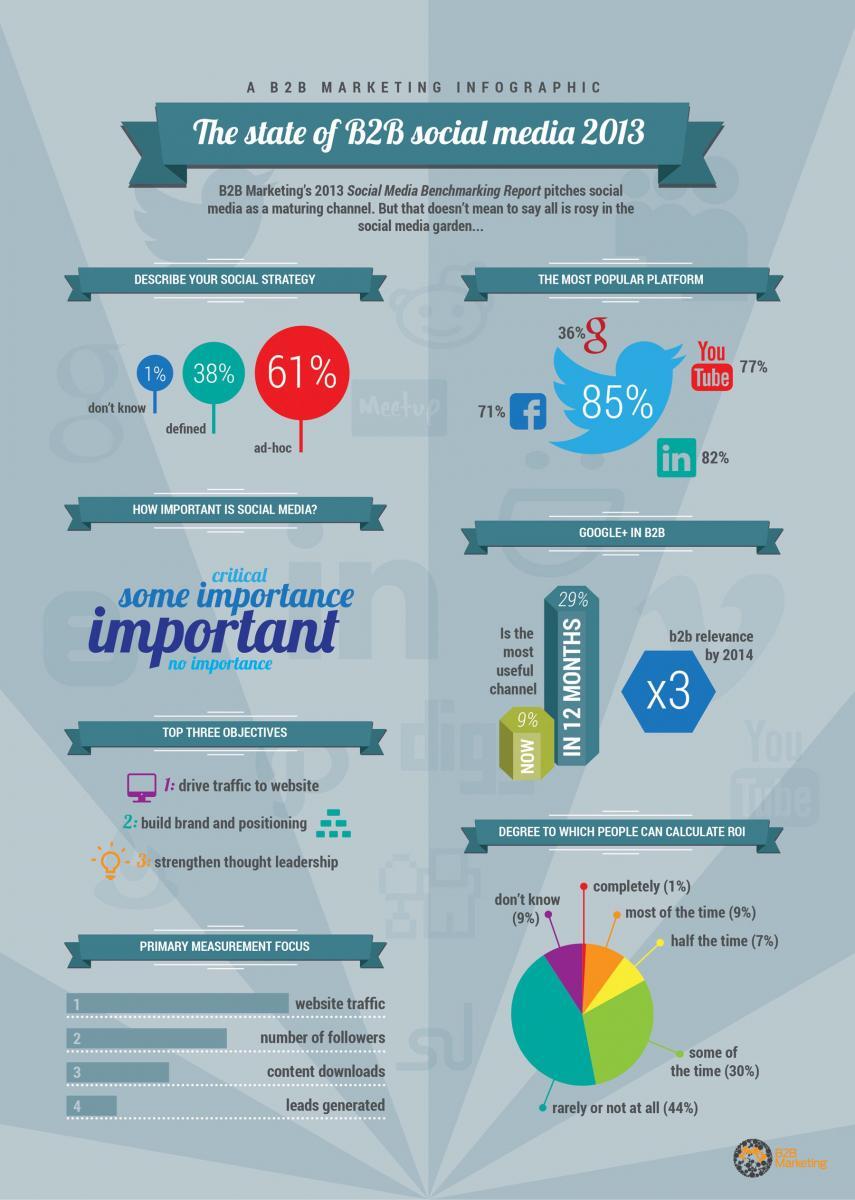